One hundred and twenty-four persons in custody at Stanley Prison were presented with certificates at a ceremony today (January 15) in recognition of their continuous efforts to pursue further studies.

Today's 124 awardees passed 150 papers, among which they achieved 89 distinctions and credits and obtained a total of 366 university credit points. Two recipients who had attained Secondary Five and Secondary Six education before they were imprisoned were each awarded bachelor's degrees by OUHK after years of hard study.

Over the years, the committee has encouraged employers in the business sector to recruit rehabilitated offenders through various channels and activities. The aim is to encourage the public to care about rehabilitated offenders and offer them opportunities to lead a new life and re-integrate into society. Dr Ho also presented a cheque for $50,000 to the Prisoners' Education Trust Fund to show his support for offenders pursuing further studies and equipping themselves with further knowledge.

At the ceremony, a representative of persons in custody and his family members, a retired staff member of the department and a non-governmental organisation volunteer shared their thoughts on the significance of diverse rehabilitation services that support the rehabilitation of offenders.

Since 2010, the CSD and the Catholic Diocese of Hong Kong Lay Prison Evangelical Organisation have organised the "Creation and Rehabilitation" project in Stanley Prison. Art activities such as drawing, ceramics and music and drama performances inspire persons in custody to exercise self-reflection, strengthen their discipline and build skills in communication and co-operation with others.

A veteran performing artist and consultant tutor of the project, Mr James Mark, helped persons in custody at Stanley Prison to stage a performance of a touching story about a rehabilitated offender.

A band formed by persons in custody at Stanley Prison and MedArt volunteers sang to spread messages of living a positive life and loving and caring for family and friends.

The CSD has long been providing a favourable environment that encourages adult persons in custody to pursue studies after work. To prepare rehabilitated offenders for their return to the community, Stanley Prison provides courses for them to acquire work-related training and recognition. The department also helps them attain job-relevant accreditation by applying through the Recognition of Prior Learning Mechanism in accordance with their working knowledge, skills and experience. Those who have financial difficulties may apply for education subsidy.

Also attending the ceremony were the Commissioner of Correctional Services, Mr Sin Yat-kin; families of persons in custody; representatives of community organisations; and community leaders. 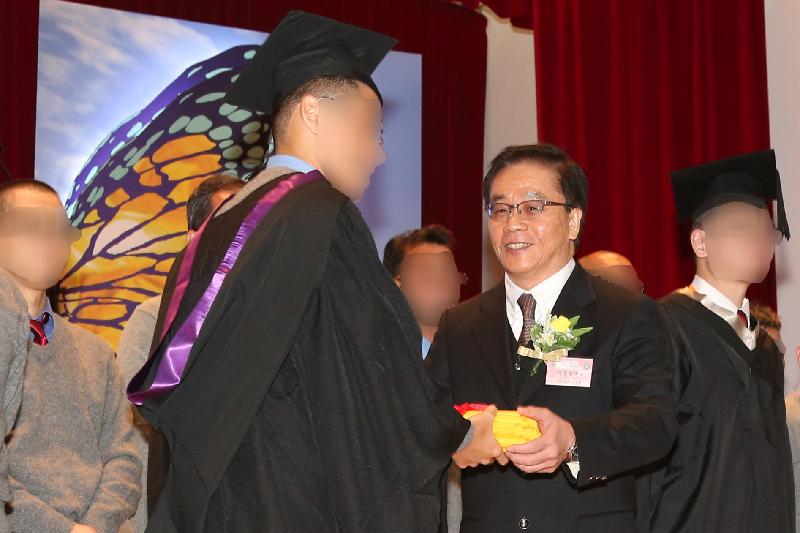 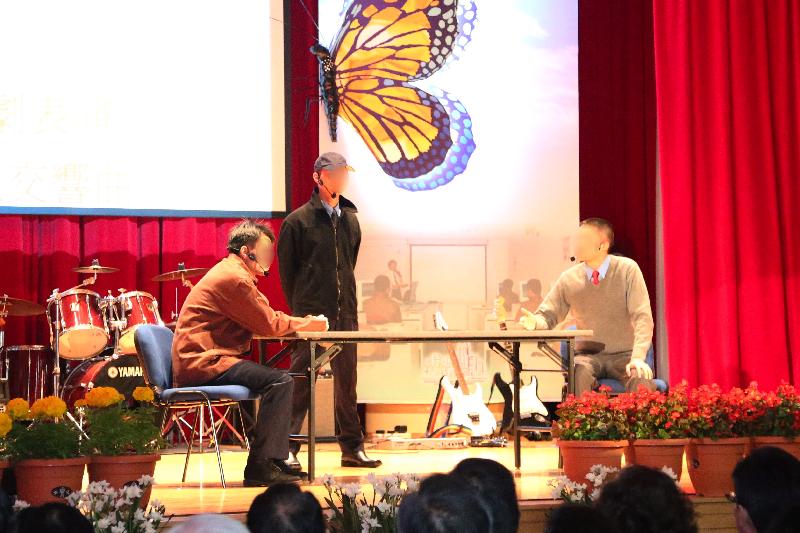 Persons in custody at Stanley Prison perform a drama work featuring the story of a rehabilitated offender at the certificate presentation ceremony. 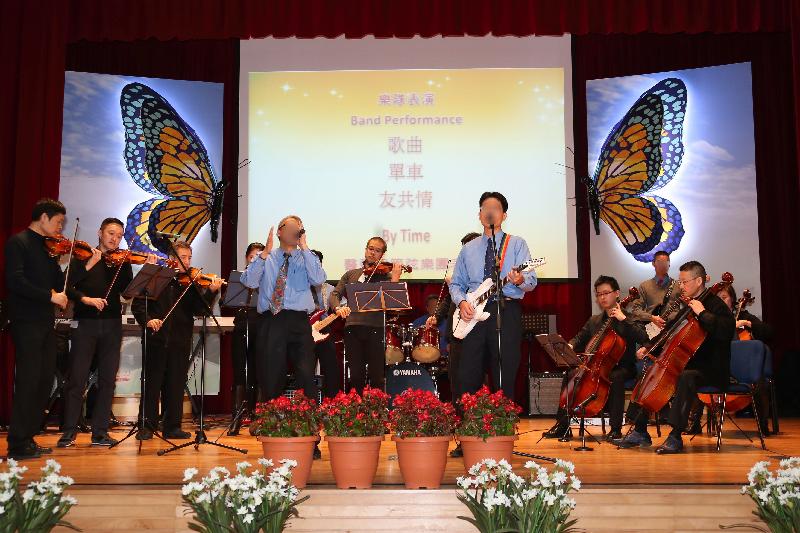 The band Time, formed by persons in custody at Stanley Prison, and MedArt volunteers sing to spread the messages of positive living and love and care for family and friends at the ceremony