The Commissioner of Correctional Services, Mr Sin Yat-kin, officiated at the launch ceremony at 9am.

The 10km Long Run was one of the events in the first Sports Meet of Guangdong, Hong Kong and Macau Correctional Officers held in 2001, and since then it has become the department's annual activity to promote a healthy and balanced lifestyle for staff members by encouraging them to take part in sports activities.

For the first time, over 20 students from local education institutions were invited to join the race. The aim was to enable the students to experience the atmosphere of the CSD's sports activities and team spirit, and help them understand more about the department's work through greater communication.

In addition, the CSD published a recruitment advertisement yesterday (January 24) to recruit correctional officers, and the deadline for application is February 17. The department will set up a booth at B02 at Hall 3C at the Education and Careers Expo 2014 to be held from February 13 to 16 at the Hong Kong Convention and Exhibition Centre. People who are interested in choosing the correctional services as their career are welcome to visit the booth.
Ends/Saturday, January 25, 2014
Issued at HKT 15:15 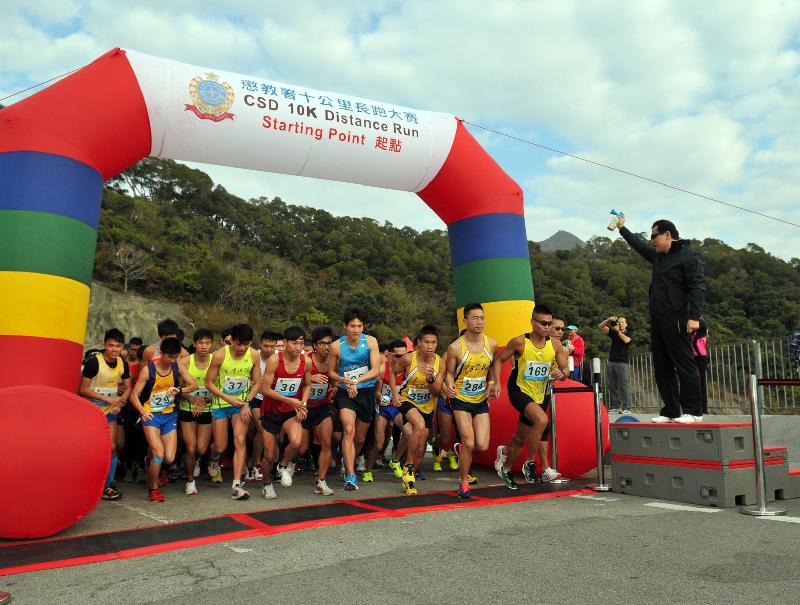 The Commissioner of Correctional Services, Mr Sin Yat-kin (first right), fired a shot at the launch ceremony of the Correctional Services Department (CSD) annual 10km Distance Run at Plover Cove Reservoir in Tai Po today (January 25). More than 650 people participated in the race, setting a record for the number of runners. 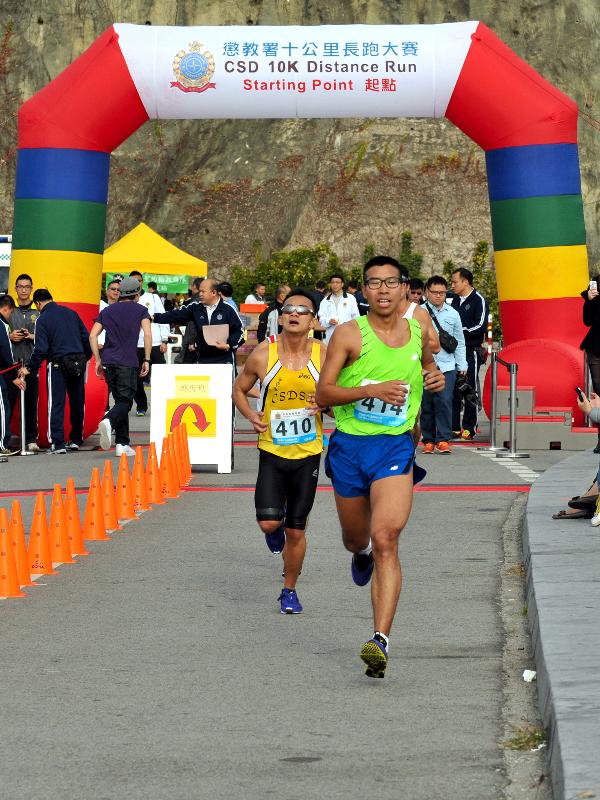 The CSD's Yip Tung-hoi (front) and Chan Kwok-cheung (back) won second and third place with a time of 34 minutes 32 seconds and 34 minutes 49 seconds in the annual 10km Distance Run.