Twenty persons in custody who have completed the construction skills and machine operation training courses at Tai Lam Correctional Institution were presented with certificates today (May 14) in recognition of their efforts in preparing themselves to reintegrate into society after release.

Officiating at the presentation ceremony, the Director of the Construction Industry Council (Training & Development), Mr Charles Wong, encouraged the graduates to be self-reliant and to build up proper values of life as law-abiding citizens contributing to Hong Kong after release.

Mr Wong added that the many major projects in the construction and logistics industries had generated massive demand for labour over the past few years. He commended the Correctional Services Department (CSD) for keeping pace with industry developments by providing market-oriented vocational training courses for persons in custody to help them gain employment opportunities with good prospects after release.

The Superintendent (Vocational Training) of the CSD, Ms Yeung Yin-miu, said that the 20 persons in custody completed the Intermediate Trade Test - Concretor, Overhead Crane Operator and Forklift Truck Operator Training Courses, which have been organised by the department several times, as well as the Bar-bending and Fixing Skill course, which was the second of its kind to be jointly organised by the department and the Construction Industry Council.

Among the graduates is Ah But (false name), who will be released by the middle of the year. He completed the Intermediate Trade Test - Concretor and received the certificate. He said he would not disappoint his family again and would start a new life after release.

He said that he would try to find a job in the construction sector, which offers better pay as well as more opportunities in connection with the major infrastructure projects. 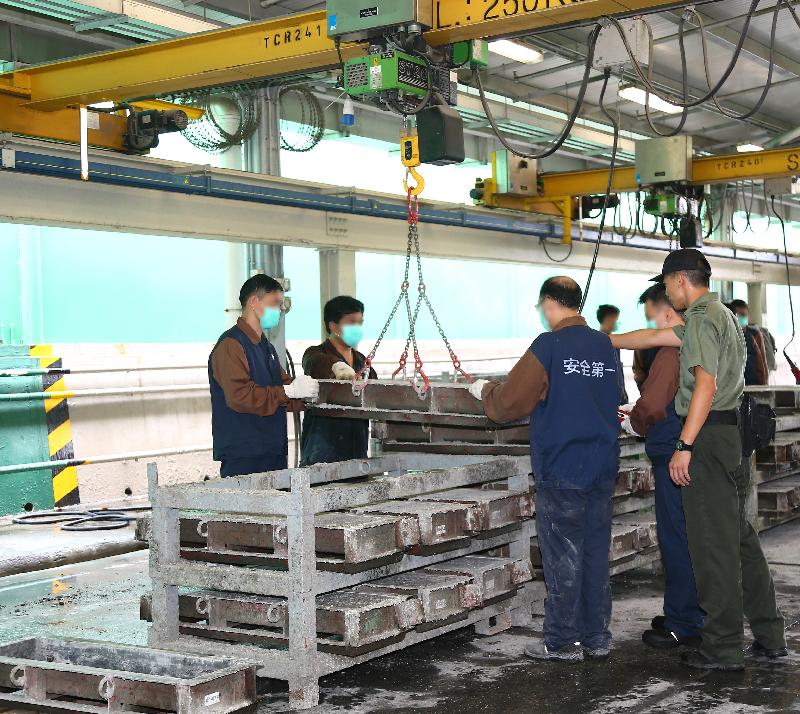 Persons in custody demonstrate the use of an overhead crane to lift concrete kerbs. 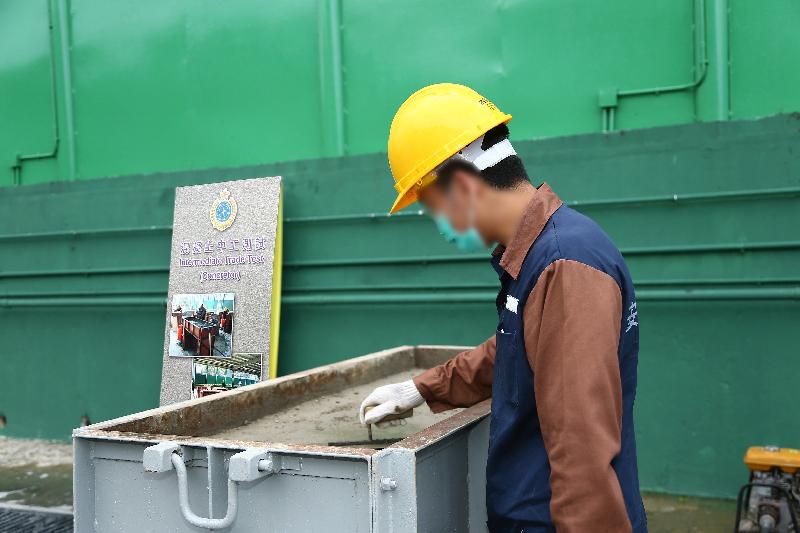 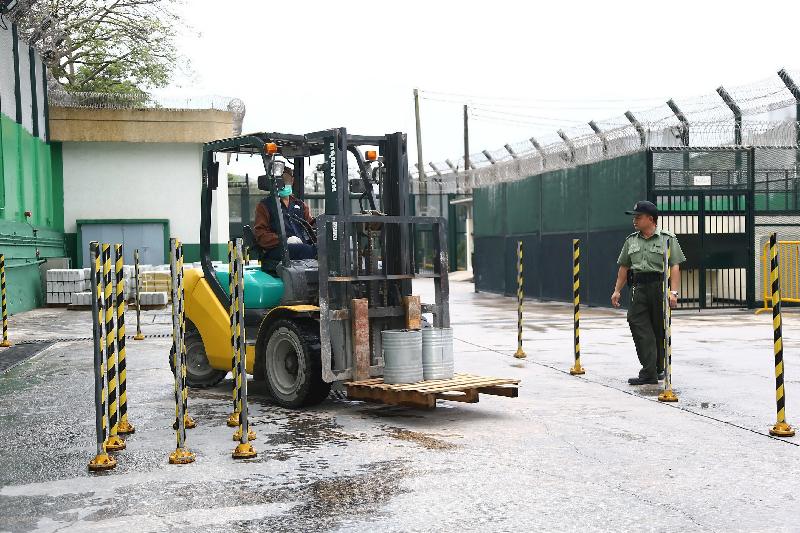 A person in custody demonstrates how to operate a forklift truck. 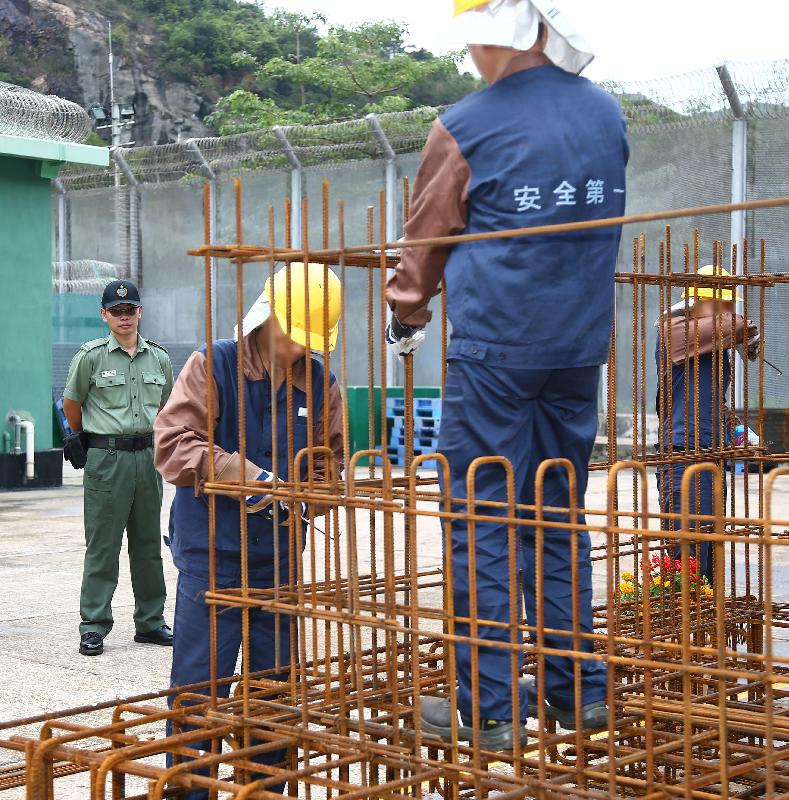