The Sports Meet was hosted by the CSD. In addition to Guangdong, Macao and Hong Kong, Singapore was invited to take part. More than 200 athletes from the four places participated in seven events, namely men's basketball, men's football, men's tug-of-war, badminton, shooting, track and field, and bowling.

Addressing the farewell dinner, the Commissioner of Correctional Services, Mr Sin Yat-kin, said that over the past three days, the athletes had delivered their utmost in the sports competitions while, at the same time, fostering friendship among themselves and enhancing communication between the correctional organisations.

Mr Sin thanked the guests and participants for making the Sports Meet such a great success.

The Sports Meet aims to promote sports among officers as well as the concept of a healthy and balanced lifestyle. Through the event and exchanges, it is expected that the overall quality of the correctional services could be enhanced.

Mr Sin said, "Staff are our most valuable asset. Through diverse sports and volunteer activities organised by the CSD Sports Association, the department endeavours to broaden the horizons of staff members as well as develop a healthy and balanced lifestyle and a greater sense of civic responsibility.

"The department also maintains close contact with various sectors of society so as to integrate actively with the community and fulfil the vision, mission and values of the CSD, making the department a clean, law-abiding and professional law enforcement agency," said Mr Sin.

At the farewell dinner, Mr Sin handed over the flag of the Sports Meet to the representative of the next hosting organisation - Guangdong Provincial Prisons Administration Bureau.

The CSD came to an agreement with the Guangdong and Macau authorities in 2001 to organise the Sports Meet of Guangdong/Hong Kong/Macau Correctional Officers in turns. This is the third time Hong Kong has hosted the event. 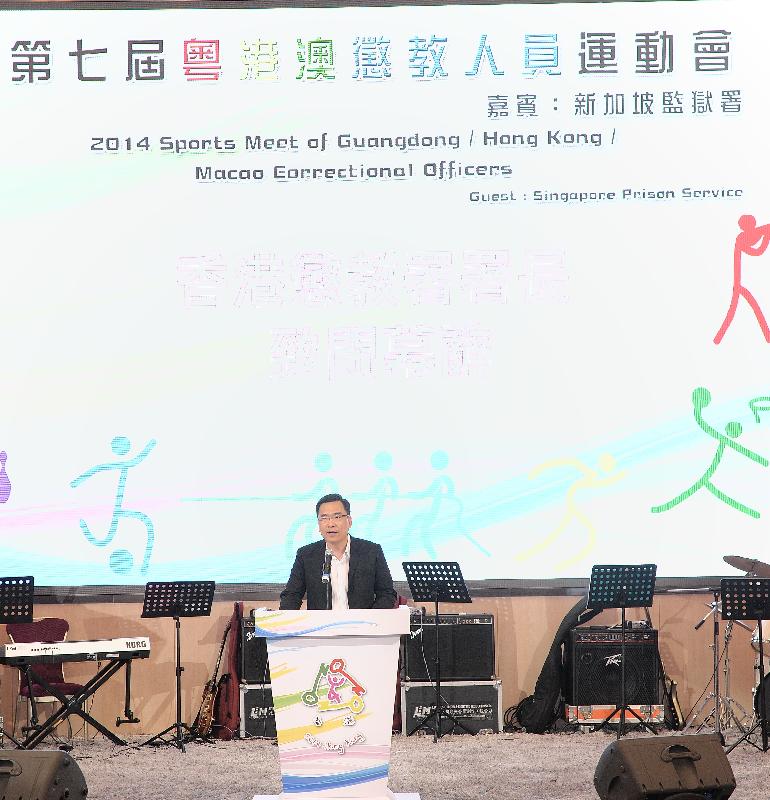 The Commissioner of Correctional Services, Mr Sin Yat-kin, addresses the farewell dinner of the 7th Sports Meet for correctional officers of Guangdong, Hong Kong, Macau and Singapore today (May 29). 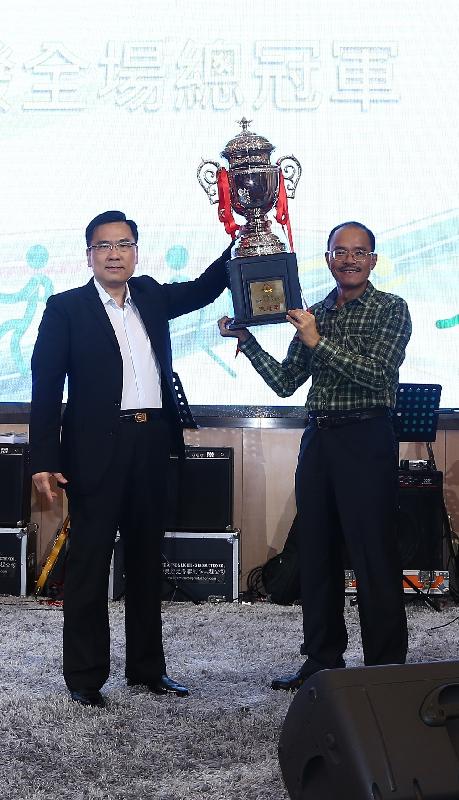 Mr Sin (left) hands over the flag of the Sports Meet to the representative of the next hosting organisation, Guangdong Provincial Prisons Administration Bureau. 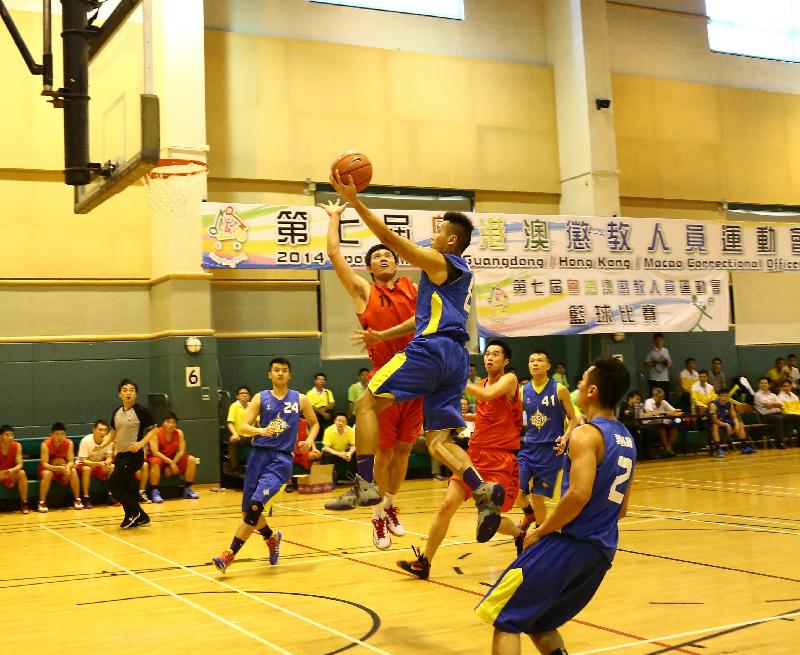 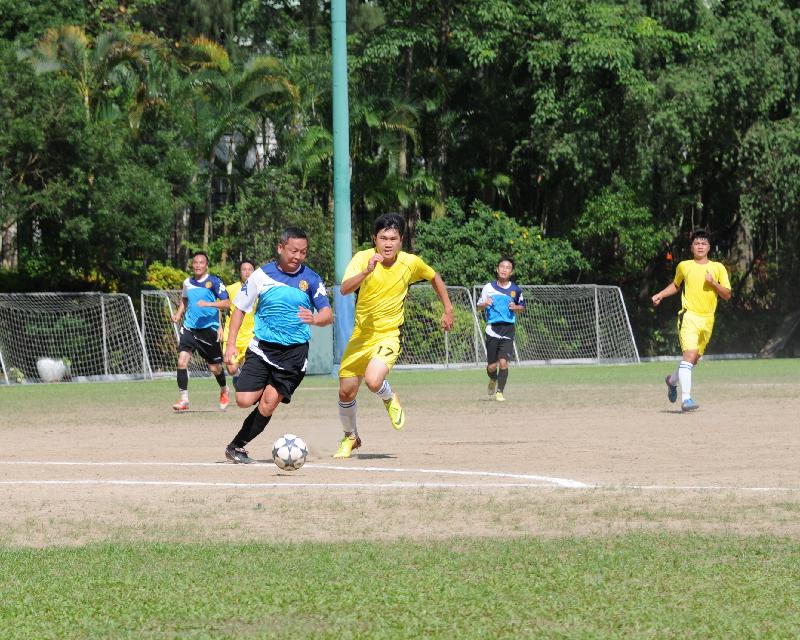