The department's Senior Superintendent (Quality Assurance), Mr Tse Ho-yin, said that the CSD strictly forbids persons in custody from gambling in correctional institutions, and strives to combat all forms of gambling activities. Anti-gambling measures have been implemented from the beginning of this year. These actions include:

* Strengthening the collection of intelligence: CSD staff have collected intelligence from persons in custody.

* Stepping up supervision: Target persons and persons in custody who had participated in gambling activities before are being closely supervised.

* Preventing persons in custody from gaining access to gambling information: Before distributing newspapers and publications to persons in custody, all supplements and reports on horse-racing, soccer and basketball betting odds will be removed first.

* Stepping up surprise inspections: Surprise inspections and raids have been increased. From the beginning of this year to the end of May, the department has conducted 1 902 special searches, 38 night raids and 172 joint search operations. During these operations, 62 soccer betting slips, 18 horse-racing betting slips and 33 items of gambling equipment were seized (including homemade dice made from bread by persons in custody and found in correctional institutions). The bets involved 6 658 packets of cigarettes.

* Anti-gambling information: Anti-gambling posters have been produced to disseminate information on the harm caused by gambling among persons in custody and to provide information on related support services. In addition, Stanley Prison and Pak Sha Wan Correctional Institution have been designated as pilot institutions where newly admitted persons in custody are shown a video produced by Radio Television Hong Kong on the dangers of gambling.

* Psychological counselling services: The Psychological Services Section has taken the initiative to interview persons in custody in order to understand their adaptation to the institutional environment and to find out if they have any psychological problems related to gambling. Further psychological services are provided by the department's clinical psychologists.

* Counselling services: Publicity is carried out to spread information on the harm caused by gambling, and persons in custody are encouraged to quit gambling. Programmes to stop gambling are organised. In order to identify high-risk cases, persons in custody are also asked to fill in questionnaires. In addition, Stanley Prison has been designated as a pilot institution where counselling groups to stop gambling have been formed in collaboration with the Even Centre of the Tung Wah Group of Hospitals.

Furthermore, relatives of persons in custody are advised to contact the CSD if they find out that a person in custody is participating in gambling activities in an institution. Appropriate follow-up actions could then be taken by the CSD. Information on community support services related to gambling is also provided to help rehabilitated offenders seek counselling services and turn over a new leaf in the community after release.

After the briefing, officers demonstrated how to conduct searches with the use of an extendable video pole camera system and a flexible inspection tube camera. Since both pieces of equipment have lights fitted, CSD staff can even conduct searches effectively in the dark.

The extendable video pole camera system is mainly used to search higher locations as CSD staff can view the areas concerned using the video camera without climbing up for the search. As the flexible inspection tube camera is waterproof and can bend, it is mainly used to search gaps, such as areas behind large machines in workshops, drains and areas outside windows. 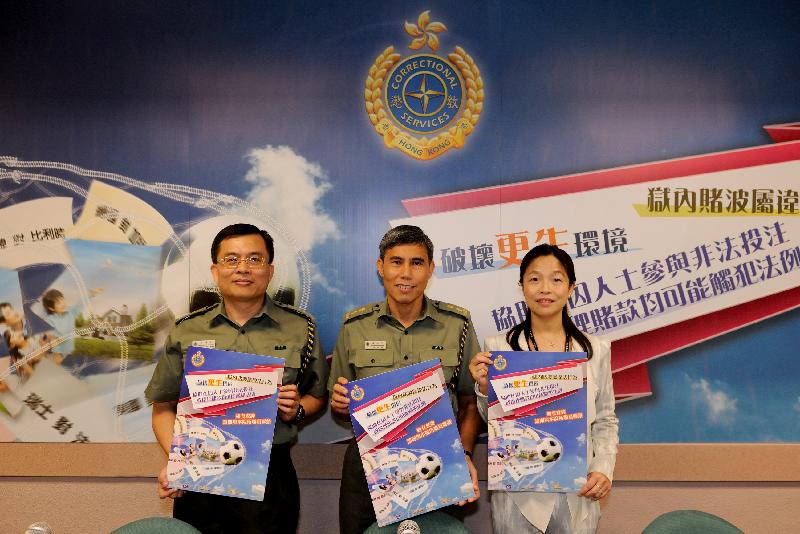 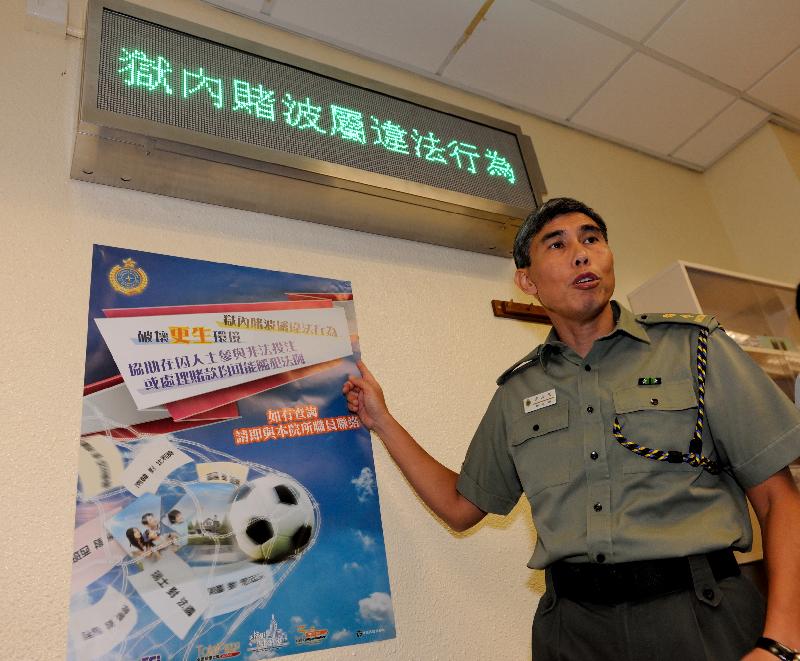 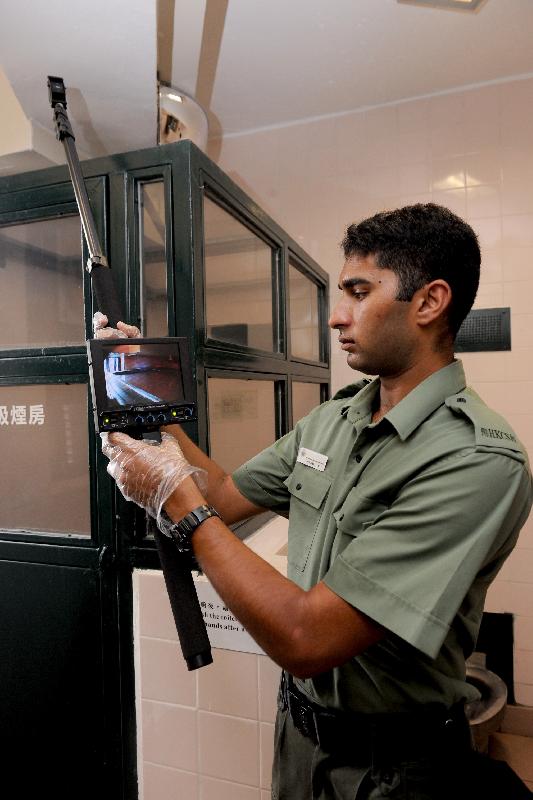 A correctional officer uses the extendable video pole camera system to search higher locations as he can view the areas concerned using the video camera without climbing up for the search. 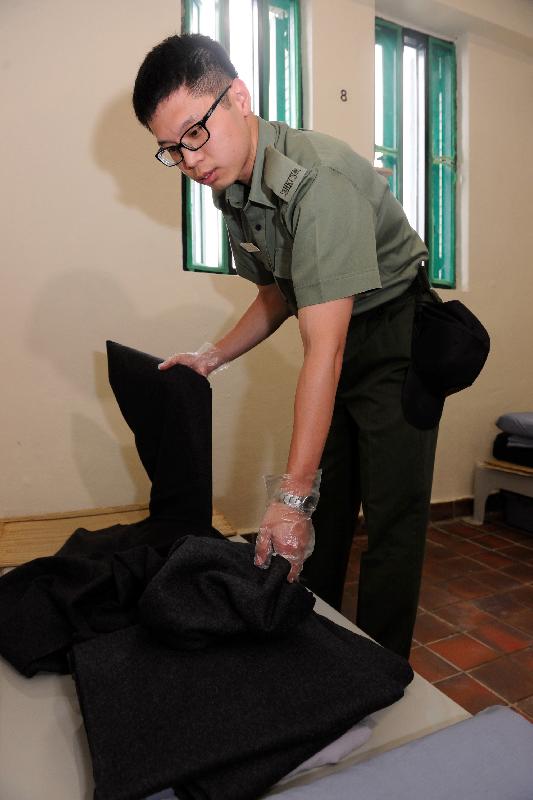 During the World Cup, the Correctional Services Department will increase surprise inspections and raids at institutions.