The Correctional Services Department (CSD) and the Lions Club of Hong Kong (Pacific) have held for the first time the Rehab Qee creative arts workshop and design competition at Cape Collinson Correctional Institution. The result of the competition was announced today (June 14).

Officer of Cape Collinson Correctional Institution Mr Tse Sheung-wai said, "The name of the Rehab Qee activity has a double meaning. First, the word 'Qee' is pronounced as 'key', and the logo of the activity is a key ring. The department wishes to release the creative potential of young persons in custody through this innovative design activity, and create valuable opportunities for their rehabilitation.

"The focal concept of this activity is 'everyone can design their own life'. On one hand it develops the potential of the young persons in custody, while on the other hand it enables the persons in custody to understand that they are the designers of their own lives and they can choose the best way to live if they are determined to do so."

The founder of the Qee teddy bear and President of the Lions Club of Hong Kong (Pacific), Dr Raymond Choy, said, "I always support the concept of 'everyone can design' and believe that creativity is free from any boundaries and will not be affected by any differences among people, including custodial experience. An inclusive society is the most beautiful design. The concept connects with the vision of the CSD in rehabilitation. I hope the design work can prompt the persons in custody to rethink their lives and strengthen their determination for rehabilitation and prepare for their return to society in the future. In addition, as a local professional designer, I am eager to find potential designers among them so as to inject new blood into Hong Kong's creative arts."

The activity is part of the CSD's Character Development Programme, which aims at building a positive character for young persons in custody. The institution arranged for 60 young persons in custody to attend the workshop on arts and design led by Dr Choy and his creative team. Eight pieces of their design works were selected after the first round of competition. The participants painted their special teddy bears on a giant banner to compete for the top prize. The Rehab Qee programme aimed to develop their creativity and encourage them to work hard to achieve the rehabilitation concept of "everyone can design their own life". 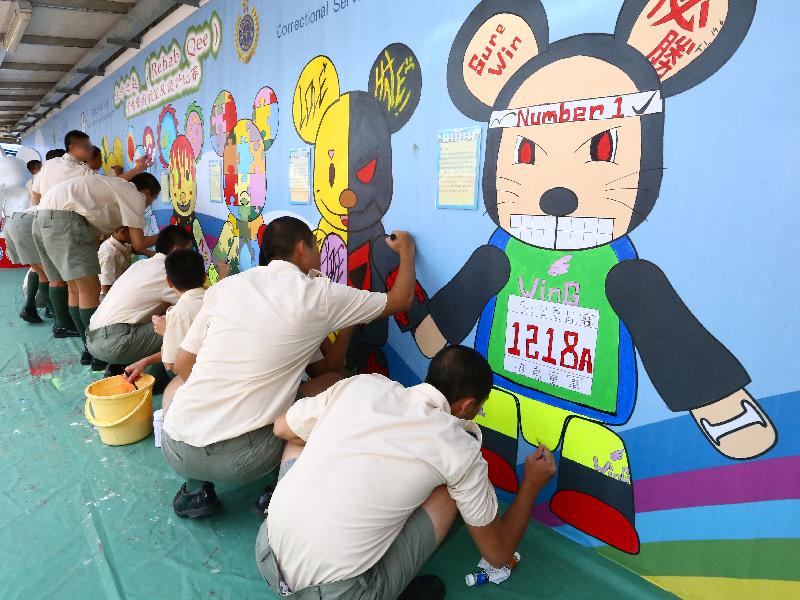 The Correctional Services Department and the Lions Club of Hong Kong (Pacific) held for the first time the "Rehab Qee" creative arts workshop and design competition at Cape Collinson Correctional Institution. Photo shows eight contestants adding the final touches to their paintings on a giant banner today (June 14) before submission. 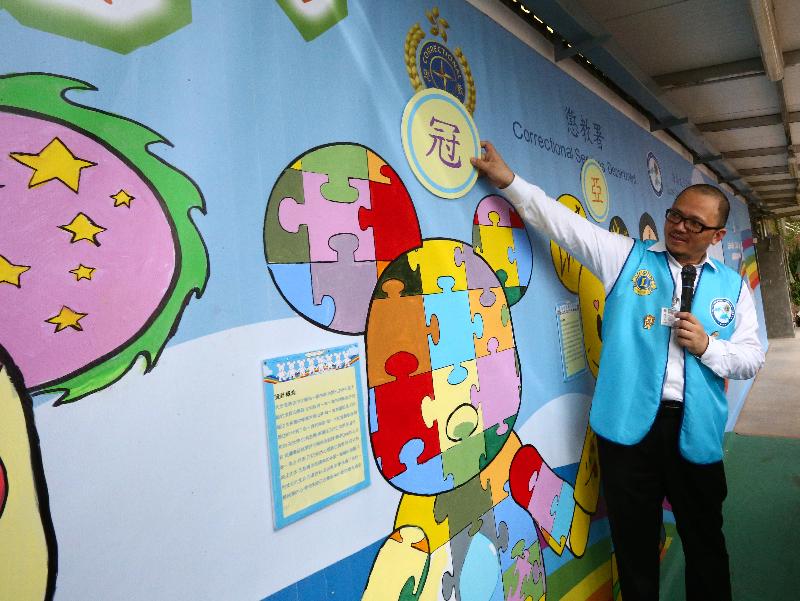 President of the Lions Club of Hong Kong (Pacific) and founder of the Qee teddy bear, Dr Raymond Choy, announces the competition result and affixes a prize label to the winner's artwork. 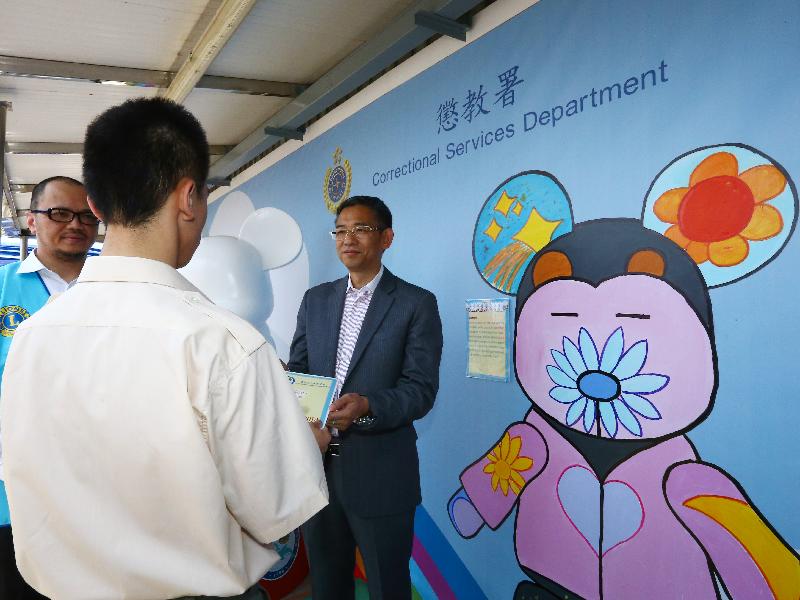