The Commander of the People's Liberation Army Hong Kong Garrison, Lieutenant General Wang Xiaojun, today (June 27) commended the Correctional Services Department as a well-trained and outstanding disciplined service. He noted that correctional officers have played a significant role in ensuring public safety and enhancing law and order in the community.

Speaking at a passing-out parade at the department's Staff Training Institute, Mr Wang said, "As an integral part of the Hong Kong criminal justice system, the CSD not only manages 30 correctional facilities, but is also committed to helping persons in custody to rehabilitate. The department also actively appeals for community acceptance of and support for rehabilitated persons, thereby facilitating their reintegration into society after release as law-abiding citizens to contribute to the community. The professional performance of the CSD has won the great trust and admiration of the community."

He added, "The CSD is devoted to promoting environmental protection. In early 2013, the 'Waste No Food' Scheme was first implemented in Lo Wu Correctional Institution to encourage persons in custody to cherish food and to enhance their awareness of environmental protection. The Scheme has been well received since its implementation. More than 80 per cent of persons in custody have reduced food waste on a voluntary basis. The Scheme has now been extended to other penal institutions.

"As for community education, the CSD seeks to disseminate to the youth the messages of leading a law-abiding and drug-free life as well as supporting offender rehabilitation through the Rehabilitation Pioneer Project. The project has been held for several years, and a new element was added last year to include a debut drama and music performance given by persons in custody inside the institutions. Through this event, young people have gained a better understanding of the serious consequences of committing crimes."

Mr Wang praised the CSD for being a disciplined force that has shown much care for society. CSD staff formed the Oi Kwan Volunteer Group on their own initiative. They actively engage in voluntary services in their spare time in order to help the underprivileged and build a more harmonious community. In addition, correctional officers also show their love for the country. Over the years, the CSD Credit Union Education Fund has sponsored the redevelopment of 107 schools and offered grants for teachers to further their studies in different regions on the Mainland. It has also assisted financially deprived students on the Mainland to receive education and achieved the aim of "helping others to help themselves". The CSD has made contributions to the country through promoting the well-being of Mainland counterparts. In the light of the strenuous efforts of correctional officers, the CSD was awarded the Caring Organisation Logo for the eighth consecutive year by the Hong Kong Council of Social Service. The award is a further display of public recognition of the active participation by CSD staff in community service.

He encouraged all the passing-out officers to make concerted efforts to carry out custodial duties, so as to assist persons in custody to turn over a new leaf, minimise their re-offending risks and reduce the number of families affected. As a result, the stability and prosperity of Hong Kong will be greatly enhanced, he said, adding that the military servicemen also spare no efforts in protecting their home and country. 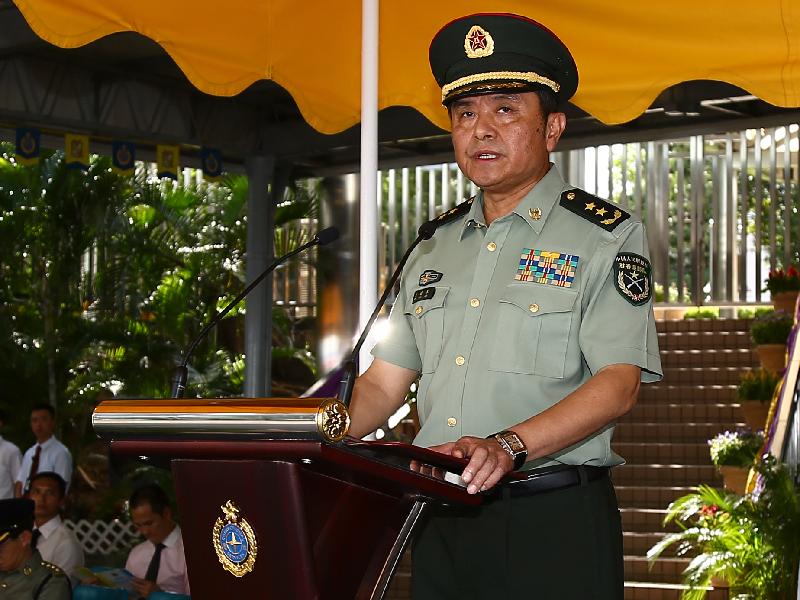 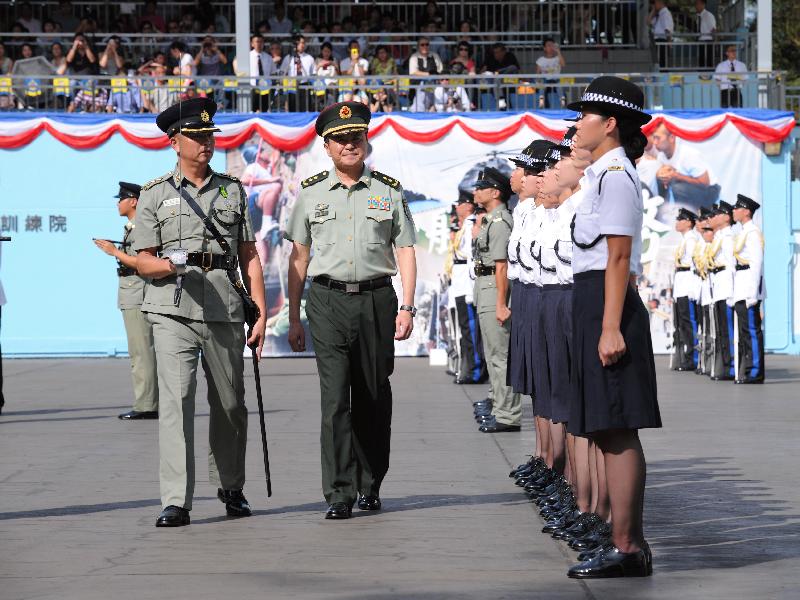 Mr Wang (centre) inspects a contingent of correctional officers at the passing-out parade at the Staff Training Institute of the CSD. 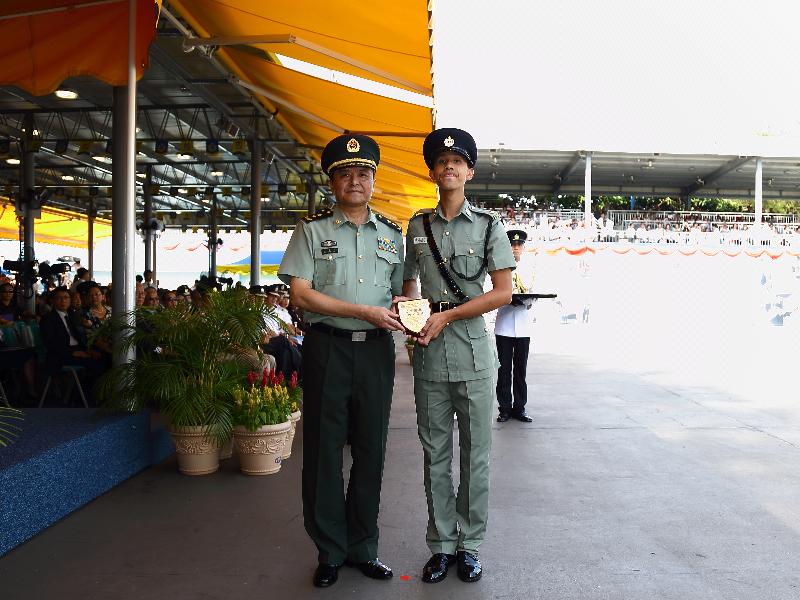