Organised by the Association of Coffee and Tea of Hong Kong and co-hosted and sponsored by the Trade and Industry Department and the Hong Kong Trade Development Council, the International KamCha Competition 2014 will be held on August 14.

Noting that milk tea is a symbol of the Hong Kong spirit, he added, "Making a cup of quality milk tea calls for full concentration by the cook and a complicated preparation procedure, and the process calls for constant self-improvement."

Making milk tea is a core subject of the Food and Beverage Training Workshop, which forms part of the market-oriented vocational training in CCCI. The workshop aims to strengthen the employability of young persons in custody.

Explaining the strategy for competing in the event, the officer in charge of the Food and Beverage Training Workshop of CCCI, Assistant Officer I Mr Tsang Wai-yin, said he had visited many Hong Kong-style cafes in various districts to try their milk tea. Whenever he came across one with a special flavour, he would consult the cook for tips and try it out with young persons in custody many times to find ways to improve their own product.

Mr Tsang said, "What matters is not winning the competition but fully engaging the young persons in custody in their training at the institution and enhancing their commitment to rehabilitation."

He added, "Excellence can be achieved in all trades. We hope they can keep up their momentum, continue to improve and share the Hong Kong spirit with others by making milk tea when they join the food and beverage industry in the future. As they enjoy supreme cups of milk tea made by rehabilitated persons, Hong Kong people will recognise their hard work and determination to turn over a new leaf." 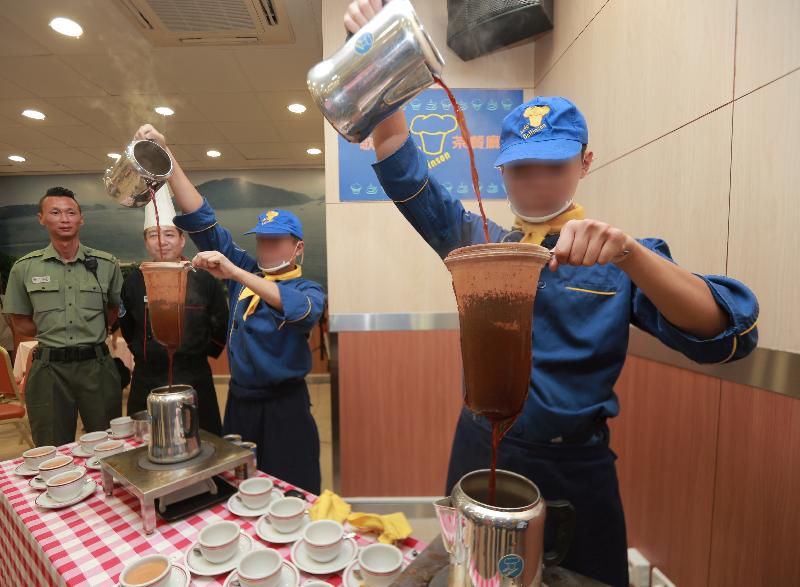 Two persons in custody from Cape Collision Correctional Institution demonstrate the procedure of making Hong Kong-style milk tea in preparation for the International KamCha Competition 2014, which will be held on August 14. 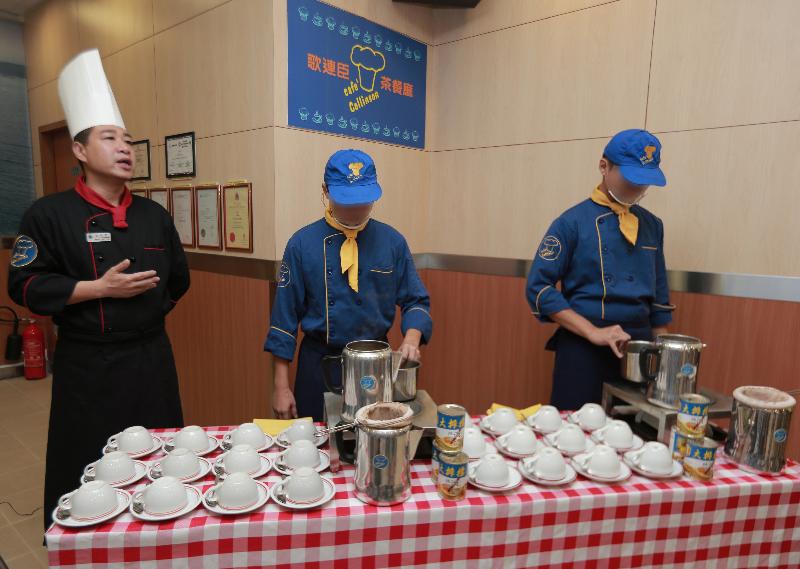 Assistant Officer I Mr Tsang Wai-yin (first left) points out that persons in custody receiving training in food and beverage services can obtain certificates issued by the Vocational Training Council and City and Guilds after passing the tests and enter the job market more easily.