The Correctional Services Department (CSD) carried out an emergency exercise today (December 3) to test the emergency response of its various units in a simulated hostage-taking and mass infection situation inside Pik Uk Prison.

Code-named Concord XV, the four-hour exercise aimed to test the department's emergency command and communication capabilities, the implementation of contingency plans at different levels, the departmental response and information dissemination.

The Hong Kong Police Force (HKPF), the Fire Services Department (FSD) and the Department of Health (DH) also participated in the exercise to test the CSD's co-ordination with these departments during requests for assistance.

The exercise focused on a number of different incident types including hostage-taking and medical emergencies, and more than 200 staff members of the CSD, the HKPF, the FSD and the DH took part in the exercise.

He said the exercise enhanced the response capabilities of the department and colleagues and the effectiveness of emergency support. The exercise also improved inter-departmental communication and co-operation, increasing the ability and efficiency in handling emergency crises and incidents in future.

The CSD holds regular emergency exercises of various types in correctional institutions and at regional and departmental levels to enable staff members to become familiar with handling different incidents. The objective is to provide a safe and stable custodial environment to facilitate rehabilitation work and help maintain Hong Kong as one of the safest cities in the world. 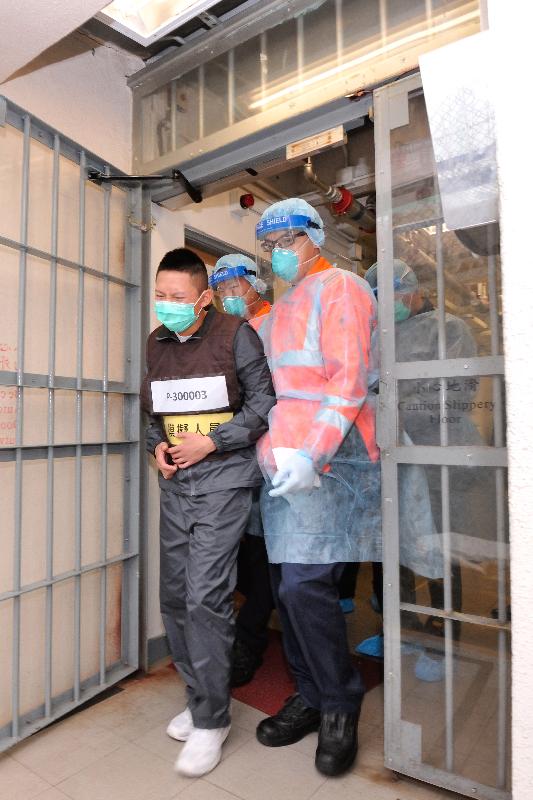 The Correctional Services Department carried out an emergency exercise today (December 3) to test the emergency response of its various units in a simulated hostage-taking and mass infection situation inside Pik Uk Prison. Photo shows a simulated sick person in custody being sent to hospital for medical treatment. 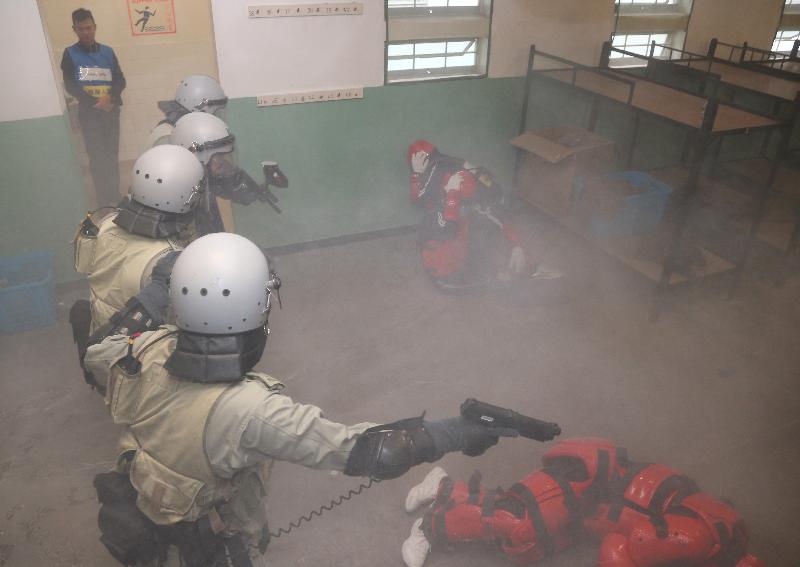