The Commissioner of Correctional Services, Mr Sin Yat-kin, said today (December 24) that the recidivism rate in the Hong Kong Special Administrative Region has fallen by about 30 per cent over the past decade.

He added that continued efforts in correctional services will be futile without public support for and acceptance of rehabilitated offenders.<

He pointed out that whether persons in custody can lead a successful rehabilitated life hinges not only on the efforts of the CSD and persons in custody themselves. Public acceptance of and support for rehabilitated offenders are also indispensable. However, the work of the CSD is very different from that of other government departments and even other disciplined forces, so most Hong Kong people have no chance to witness its work and are unfamiliar with the department.

As a result, Mr Sin said, the CSD has taken the initiative in recent years to go into the community to introduce to the public the modern vision of correctional services through different platforms.

He said that in order to protect the public, the CSD must enforce the punishment of imprisonment imposed by the courts and ensure that offenders, while they are serving their sentences, cannot escape from institutions and threaten social stability in the community.

Mr Sin said that as the great majority of persons in custody, including those sentenced to life imprisonment, will eventually return to the community, encouraging and assisting them to turn over a new leaf and refrain from committing crime again will undoubtedly help Hong Kong to become a safer and more harmonious city. The direction of the CSD's work has all along been placing dual emphasis on custodial and rehabilitation services.

On custodial services, he said it is particularly important to provide persons in custody with an organised, fair and secure custodial environment with discipline in which they can deeply reflect on their wrongdoing. In recent years, the department has introduced modern technology, including low-radiation X-ray body scanners, the Human Presence Detection System and a closed-circuit television (CCTV) system with a video analytical function. It has also extended the coverage of the CCTV system and adopted the use of electric locks.

On rehabilitation services, Mr Sin said that the CSD has been working closely with some 80 non-government organisations to encourage persons in custody to start afresh and to help them prepare themselves for reintegration into society upon release. They are given opportunities to pursue studies and learn working skills. As knowledge can change one's fate, correctional officers have encouraged more and more persons in custody to enrol in study courses in recent years. Many of them have achieved remarkable results and even attained bachelor's and master's degrees during their time in correctional institutions. Furthermore, the CSD has arranged more than 30 market-oriented vocational training courses for voluntary enrolment by persons in custody who will soon be released to enhance their working skills. The CSD has also organised for the first time a large-scale Job Fair in its correctional institutions to help persons in custody achieve quick reintegration into society upon release.

To encourage persons in custody to care for the community, the department has launched the Waste No Food Scheme to help them avoid wastage and minimise leftovers, Mr Sin said. No-smoking correctional facilities and no-smoking zones have also been designated to help persons in custody to quit smoking in order to improve their health and air quality. The CSD's efforts have received a good response and encouraging results.

Mr Sin extended his heartfelt gratitude to all parties and persons supporting the work of the CSD. He said that over the years they have been giving unfailing support and encouragement to rehabilitation work for persons in custody.

He also commended all his colleagues for their dedication in working closely with him all these years in performing an extraordinary mission for wholeheartedly building a harmonious and stable society.

A total of 36 Officers and 130 Assistant Officers II have completed their recruit training. 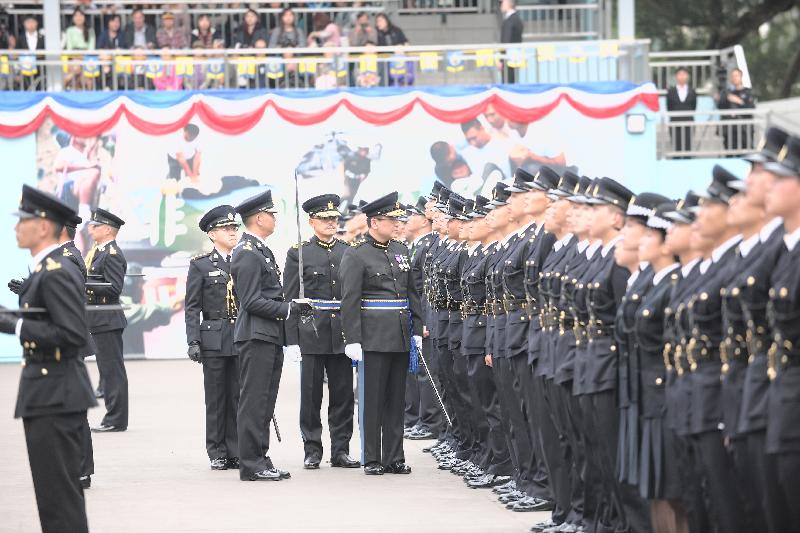 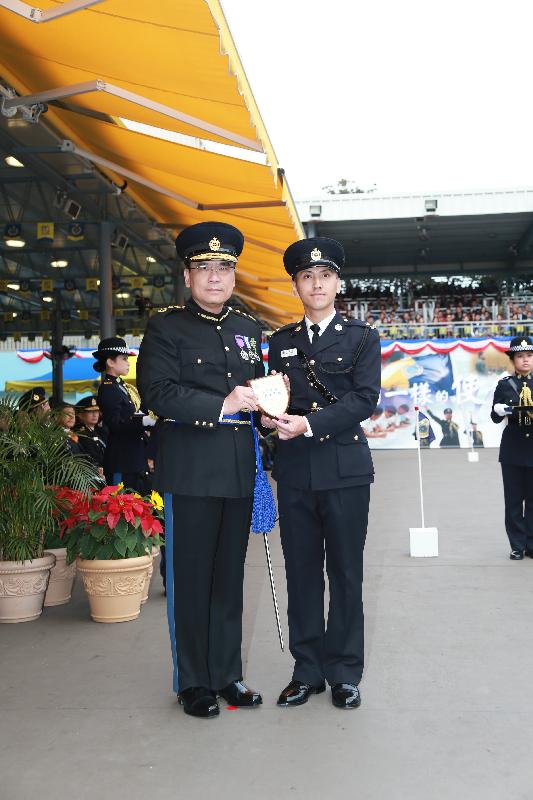 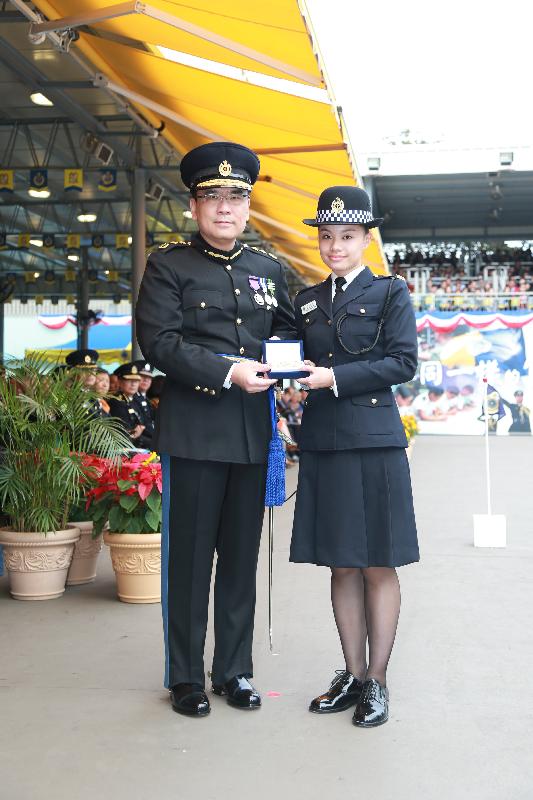 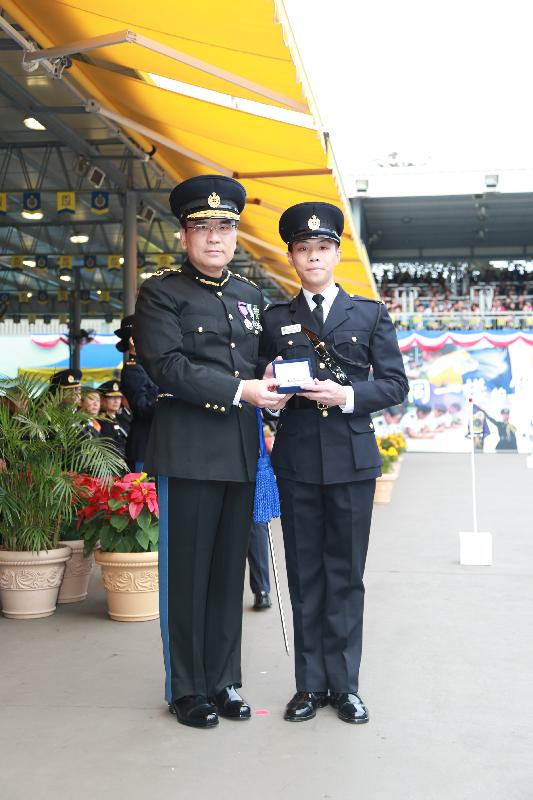 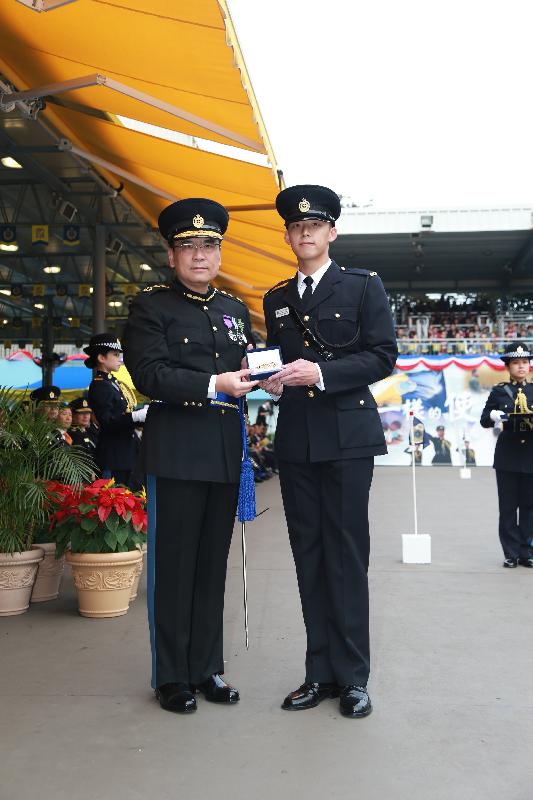