Fifty-six persons in custody at the Correctional Services Department (CSD)'s Stanley Prison were presented with certificates at a ceremony today (January 7) in recognition of their continuous efforts in pursuing further studies.

Today's 56 awardees passed 70 papers, achieving a total of 42 distinctions and credits and obtaining 260 university credit points. One recipient who had attained Secondary Five education before he was taken into custody was awarded two Master's degrees - in Business Administration and Education - by the OUHK after years of hard study.

Officiating at the ceremony, the Chairman of the Prisoners' Education Trust Fund Committee, Dr Lam Tai-fai, said that he enjoyed helping the CSD make the best use of community resources in giving financial assistance to needy persons in custody and supporting them in their rehabilitation process.

He said he very much agreed with the aim of the CSD's rehabilitation work and appreciated the efforts the Department made to help persons in custody regain their confidence and rebuild a positive and correct attitude by enhancing their knowledge and skills through the provision of a variety of education and vocational training opportunities and financial assistance. With the support of the CSD, the persons in custody were able to properly prepare for their reintegration into society. He also encouraged the community to support the rehabilitation work of the CSD and give rehabilitated persons a chance to turn over a new leaf.

At the ceremony, a representative of persons in custody shared his experience in rehabilitation. His mother also expressed her joy at seeing the positive changes in her son.

The CSD and the Catholic Diocese of Hong Kong Lay Prison Evangelical Organization have organised the Creation and Rehabilitation project in Stanley Prison since 2010. Art activities such as drawing, ceramics and music and drama performances inspire persons in custody to exercise self-reflection, strengthen their discipline and build skills in communication and co-operation with others.

The CSD has long been providing a favourable environment for adult persons in custody that encourages them to pursue further studies. To prepare rehabilitated offenders for their return to the community, Stanley Prison provides courses for them to acquire work-related training and recognition. The Department also helps them attain job-relevant accreditation by applying through the Recognition of Prior Learning Mechanism in accordance with their working knowledge, skills and experience. Those who have financial difficulties may apply for an education subsidy. 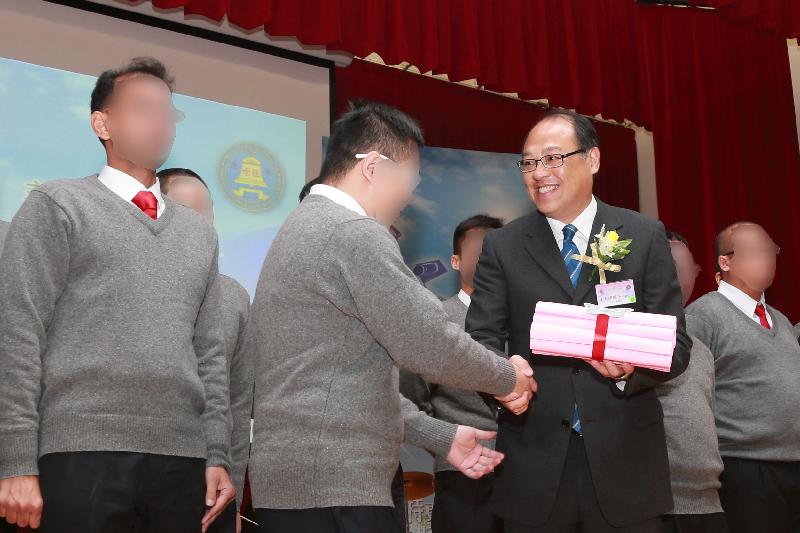 Fifty-six persons in custody at the Correctional Services Department's Stanley Prison were presented with certificates at a ceremony today (January 7) in recognition of their continuous efforts in pursuing further studies. The Chairman of the Prisoners' Education Trust Fund Committee, Dr Lam Tai-fai, (front right) is pictured presenting certificates to a representative of persons in custody. 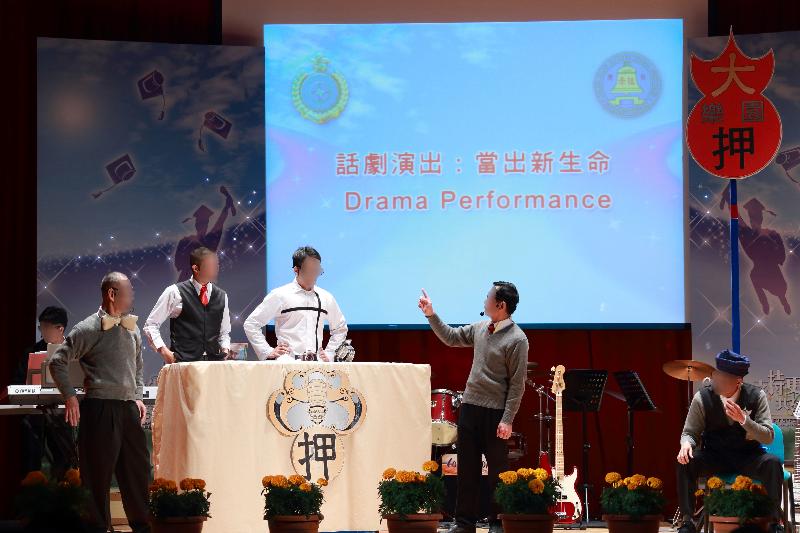 Persons in custody stage a drama based on a touching story. 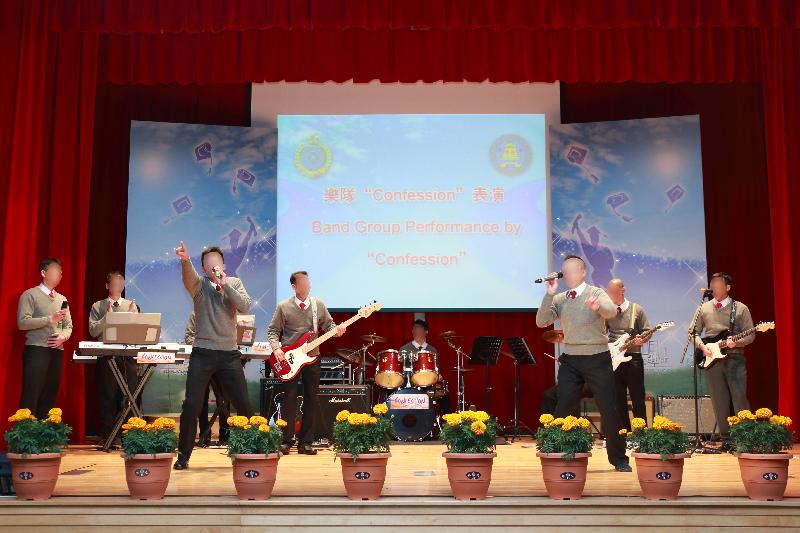