The Chairman of the Public Service Commission, Mrs Rita Lau, today (June 12) praised the unique duty of custody and rehabilitation of the Correctional Services Department (CSD). She noted that the department is committed to providing a secure and safe custodial environment as well as comprehensive rehabilitative services to facilitate reintegration of persons in custody into society as law-abiding citizens after their release.

Speaking at a passing-out parade at the department's Staff Training Institute, Mrs Lau said that, as an integral part of the Hong Kong criminal justice system, the CSD is tasked with great responsibilities. Correctional officers have to play the dual role of being society's guardian and rehabilitation facilitator.

She said the department started reaching out to the community to promote rehabilitation work through the launching of the Rehabilitation Pioneer Project several years ago. Under the project, various activities including educational talks, personal encounters with prisoners and training camps are organised to share with youngsters the important messages of leading a law-abiding and drug-free life as well as supporting offender rehabilitation. The department's work in this aspect is conducive to the healthy development of youngsters as well as the building of a safe and inclusive society. Its endeavours truly deserve support and recognition, she said.

Mrs Lau said, "Given the special nature of correctional work, the general public may not have a thorough understanding of your job. However, I firmly believe that with a mission to serve the public and by carrying out duties wholeheartedly as well as upholding high standards of integrity at all times, you will overcome the challenges ahead without fear. Although correctional services may not always win applause in the limelight, members of the public are fully aware of your unsung contributions for Hong Kong and your irreplaceable role in providing correctional services."

She said she was pleased to learn that the department has all along encouraged its staff to pursue continuous learning. The department has organised courses in collaboration with tertiary institutions to provide an opportunity for its staff to enhance their skills and step up staff training. The courses enable the staff to demonstrate their strengths in different posts and enhance the level of professionalism of correctional services.

Mrs Lau encouraged graduates to make good use of these training and development opportunities to better equip themselves to meet the challenges ahead.

Three passing-out officers met the media after the parade. Officer Mr Lam Sai-wing was the Student Champion of Raleigh Challenge - Mountain Marathon in 2013 and Assistant Officer II Ms Tsang Yeuk-wa was the 1st Runner-up of Women's Double Scull in the 1,000-metre event and 2nd Runner-up of Lightweight Women's Double Scull in the 2,000-metre event of the Asia Cup 1 Rowing Championships in 2010. They said they would draw on their positive spirit in sports to influence persons in custody.

Assistant Officer II Mr Ng Siu-hang had once stayed in the Po Leung Kuk hostel and lived with a foster family. He said his experience would give him a better understanding of young people with different backgrounds. 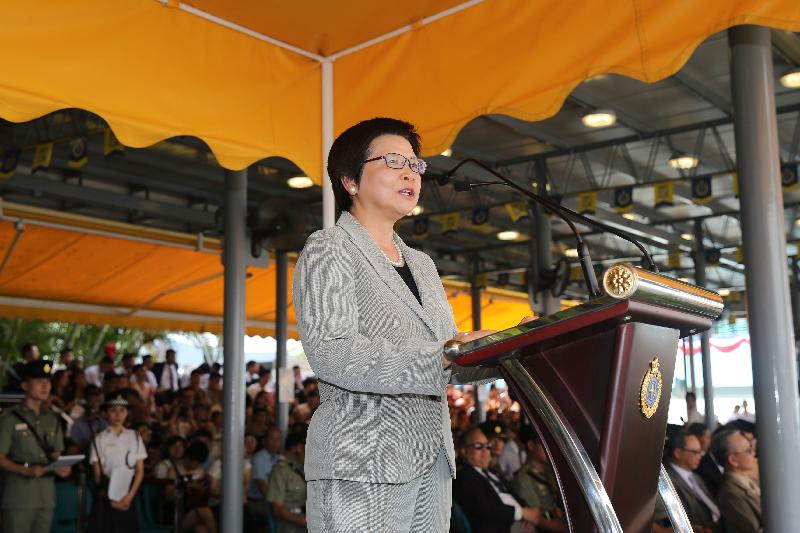 The Chairman of the Public Service Commission, Mrs Rita Lau, addresses a Correctional Services Department (CSD) passing-out parade at the Staff Training Institute of the CSD in Stanley today (June 12). 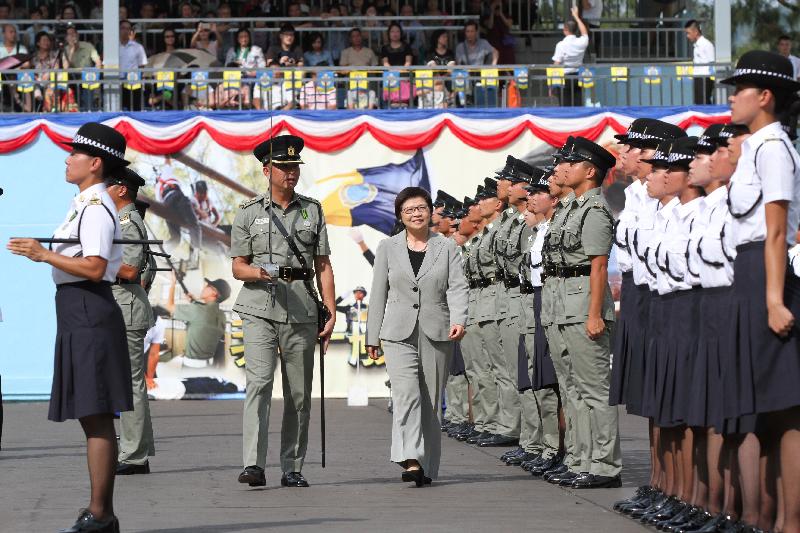 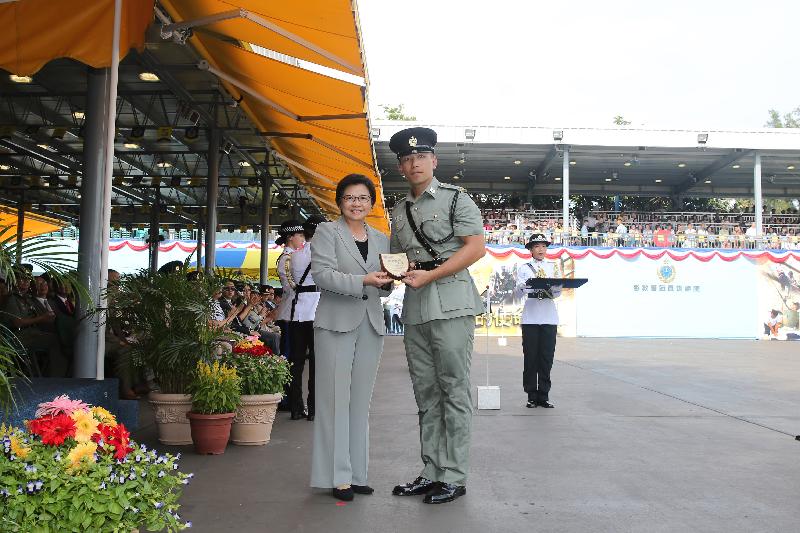 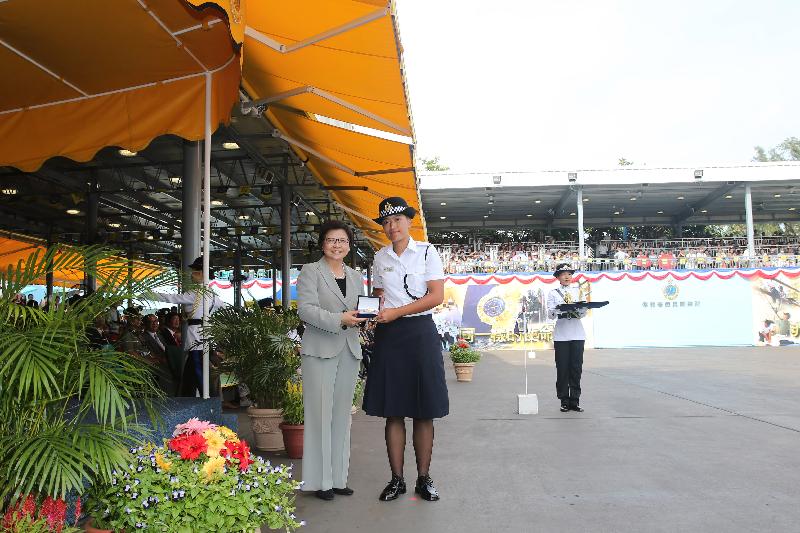