Nineteen persons in custody who completed the first Elementary Dim Sum Making Certificate Course at Tong Fuk Correctional Institution were presented with certificates today (July 16) in recognition of their efforts.

He added that a stable job is of crucial importance in fostering the determination to turn over a new leaf among rehabilitated offenders. As a result, the CSD has all along offered various market-oriented vocational training courses to persons in custody, and the Elementary Dim Sum Making Certificate Course is a successful example. He said he expects that trainees would be able to put what they have learned to full use upon release and work towards a better future.

Among the graduates is Ah Ming (pseudonym), who will be released next year. He completed the course and received a certificate. He said he not only learned the skills and knowledge required for making dim sum but also how to co-operate and communicate with others. Throughout the course, he also cultivated qualities of patience and perseverance, which can be beneficial to his future career. He said he hopes to reward his family members for their care and support by making them dim sum using techniques he has learned in the course. 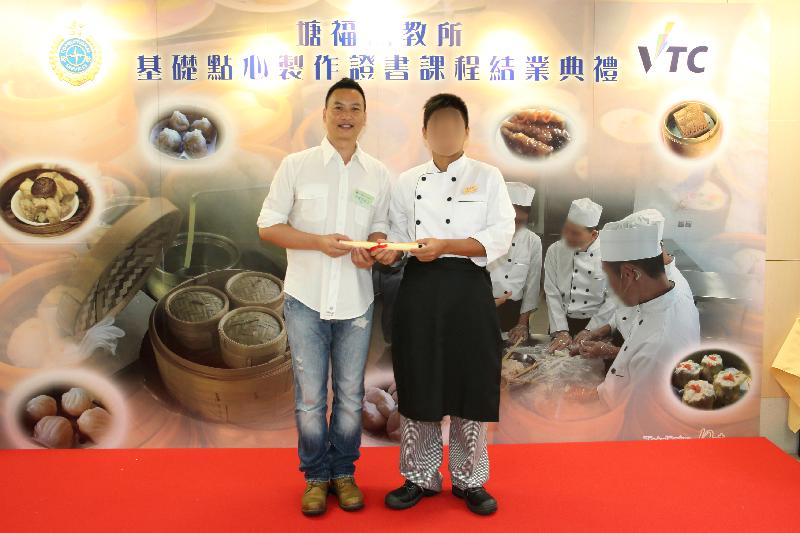 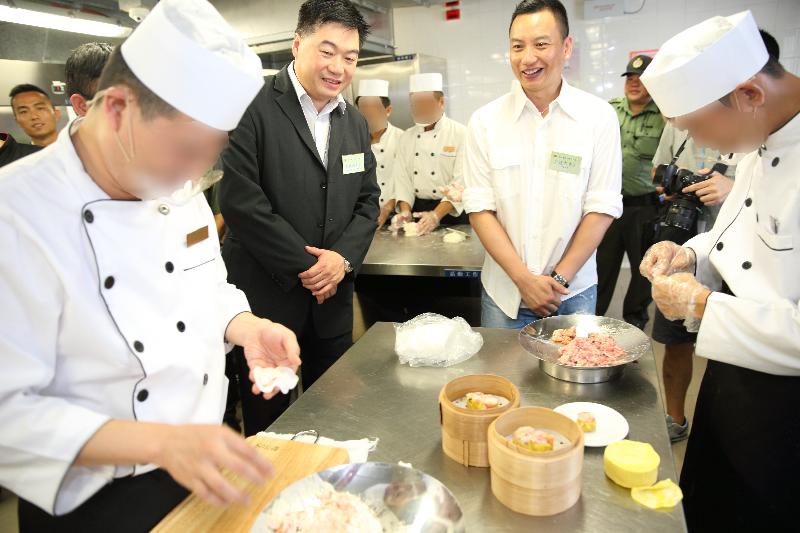 Mr Yu (third right) encourages persons in custody to put what they have learned to full use and work towards a better future.