The Correctional Services Department invited about 300 secondary students from eight schools to take part in a "Creation and Rehabilitation" drama and music performance under the Rehabilitation Pioneer Project at Stanley Prison today (October 7). The Acting Secretary for Security, Mr John Lee, officiated at the opening ceremony of the performance.

In the performance, persons in custody staged for the students a drama featuring the stories of two persons in custody who were determined to turn over a new leaf by preparing themselves for their new lives after release. However, their experiences after release turned out to be quite different. One of them met an employer who was supportive of his rehabilitation, while the other was given the cold shoulder and discriminated against. As a result, their stories ended with different scenarios. The drama shared the message that, apart from the determination of rehabilitated persons, community support is essential to the success of their rehabilitation.

Jointly organised by the CSD and the Catholic Diocese of Hong Kong Lay Prison Evangelical Organisation, the "Creation and Rehabilitation" Programme was first introduced to Stanley Prison in August 2011. The project aims at integrating arts therapy into rehabilitation services. Through their participation in the creative arts activities, persons in custody will learn how to pursue self-exploration and self-understanding, build up self-confidence, and acquire skills in problem-solving and conflict resolution. In addition, the programme enhances the understanding of students on the diversified rehabilitative services provided by the CSD and their outcomes through creative activities and performances by persons in custody.

A member of the "Creation and Rehabilitation" Programme, Ah Kin (false name), noted that the programme is meaningful. On one hand, it has enabled him to reflect on his past and feel relieved thanks to the joy and support from the community through the drama performance, as well as enhanced his determination to turn over a new leaf. On the other hand, the performance has provided him with a platform to contribute to society in return and share his experience with young people and advise them not to make mistakes in their behaviour. Through this effort, he can make contributions to building up a stable community.

Two students from Secondary Three and Four at Kowloon Technical School said after taking part in the activity that the programme enabled them to see persons in custody from another perspective and understand their determination to rehabilitate and their aspirations for community support. They came to understand and recognise the significance of support for rehabilitated persons as well as an inclusive society. They were particularly impressed by the sharing of experience of persons in custody in regard to the heavy price paid for committing crime and the importance of abiding by the law.

The CSD launched the Rehabilitation Pioneer Project in September 2008 to promote commitment to and belief in the rule of law, drug-free living and support for offender rehabilitation. 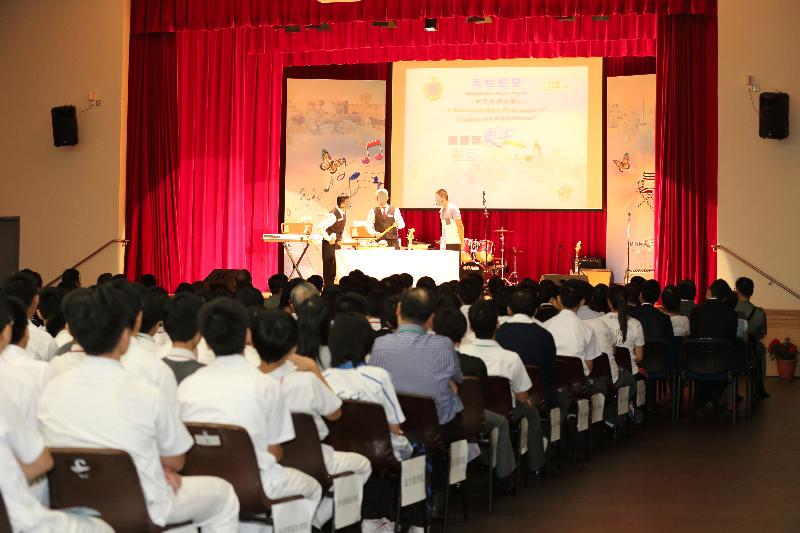 The Correctional Services Department invited around 300 students from eight secondary schools to attend a "Creation and Rehabilitation" drama and music performance under the Rehabilitation Pioneer Project at Stanley Prison today (October 7). 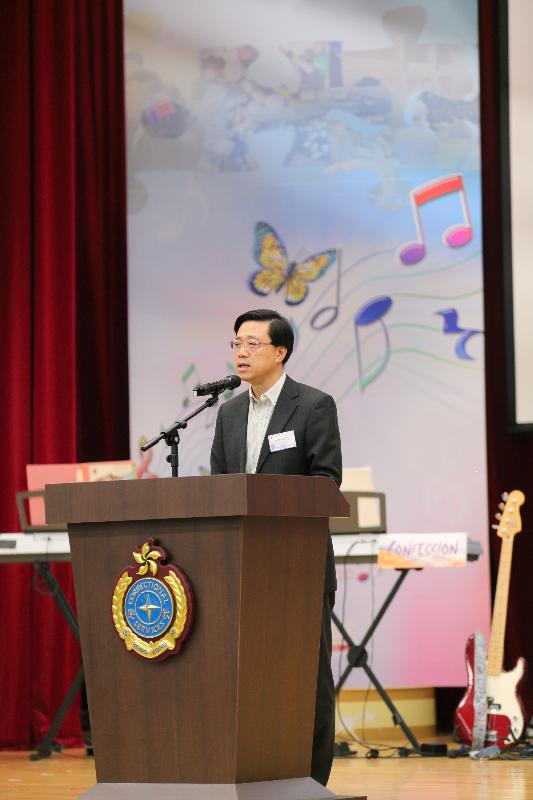 Addressing the ceremony, the Acting Secretary for Security, Mr John Lee, said that the drama and music performance allows a group of persons in custody with long sentences or even life sentences to positively influence others, explain their lives behind bars, and share the message of saying no to crime. 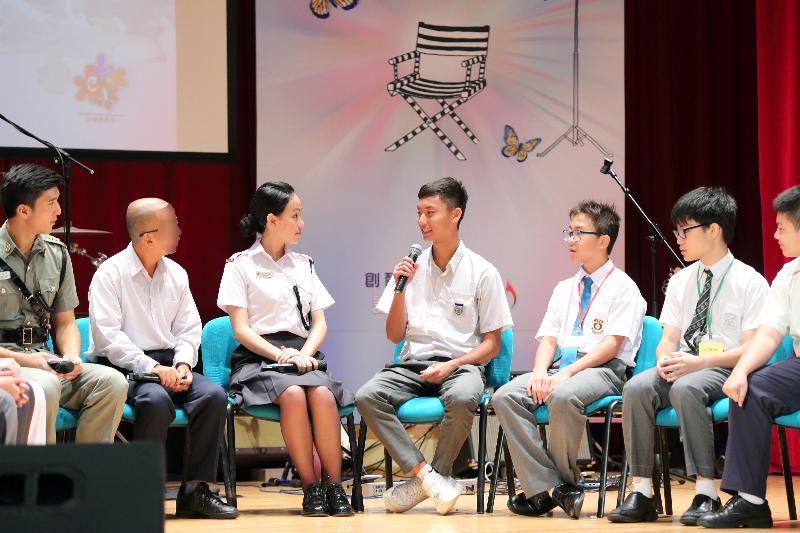 In a discussion session, a Secondary Three student raises questions to a person in custody (second left). The person in custody talked to students about the heavy price he has paid for committing crimes and the importance of following the law.