Persons in custody at Lai King Correctional Institution (LKCI) of the Correctional Services Department (CSD) were presented with certificates at a ceremony to recognise their study efforts and achievements today (November 11).

In the past year, 37 persons in custody from the institution sat for various academic and vocational examinations including the Hong Kong Diploma of Secondary Education Examination and examinations covering the subjects of beauty therapy, food and beverage service, Chinese kitchen assistant training, basic laundry skills, retailing and word processing techniques organised by the City and Guilds International Limited, the Society of Rehabilitation and Crime Prevention Hong Kong and the Vocational Training Council. They achieved 13 merits out of 68 certificates obtained.

A total of 17 persons in custody were presented with 29 certificates today, including six distinctions.

During the ceremony, a representative of the certificate recipients expressed her gratitude for the department's support for rehabilitation. The elder sister of the representative also spoke of the happiness she felt when seeing her sister undergo positive changes during training in LKCI. In addition, a rehabilitated person spoke about her rehabilitation success in securing a job as a waitress in a restaurant after her release. This should encourage persons in custody to prepare well for their reintegration into society by studying hard, she added. A band formed by persons in custody at LKCI sang to convey their love to their families, and a dance performance was also staged by persons in custody.

Also attending the ceremony were the Commissioner of Correctional Services, Mr Yau Chi-chiu, representatives of non-governmental and community organisations, community leaders and parents of the certificate recipients.

LKCI accommodates female persons in custody aged 14 to 20. The department provides half-day education programmes and half-day vocational training for offenders to help them rehabilitate and prepare for their reintegration into society. 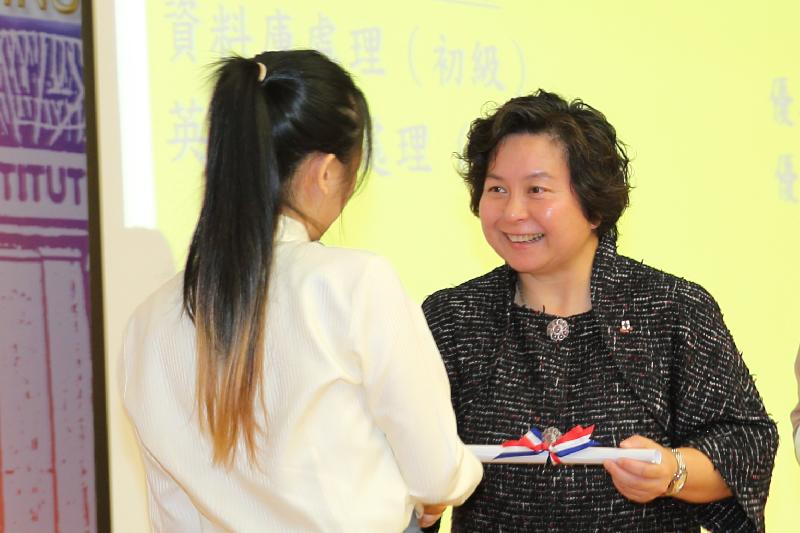 Persons in custody at Lai King Correctional Institution (LKCI) of the Correctional Services Department (CSD) were presented with certificates at a ceremony to recognise their study efforts and achievements today (November 11). Photo shows the Chairman of the Board of Directors of Tung Wah Group of Hospitals, Ms Maisy Ho (right), presenting a certificate to a person in custody. 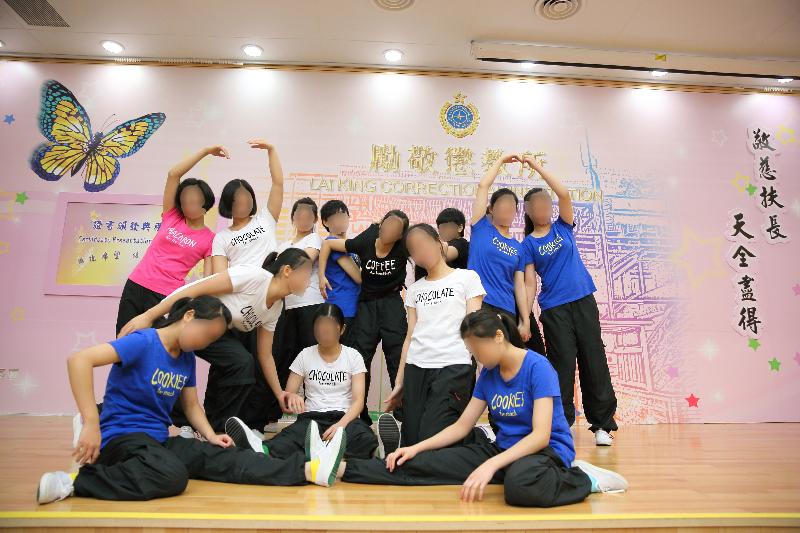 A dance performance by persons in custody.