The Correctional Services Department (CSD) held the Job Fair for Rehabilitated Offenders 2015 for persons in custody today (December 4). During the event, the correctional institutions and the fair venue at Quarry Bay Community Hall were connected by computer video conferencing technology for employers to conduct interviews.

The job fair aimed to provide a platform for persons in custody who will be released soon to look for jobs, thus helping them to reintegrate into society quickly after release.

Speaking at the opening ceremony of the job fair, Mr Cheung said that the job fair promoted co-operation across different sectors in offering job opportunities for rehabilitated persons. In addition, he highly commended the CSD for taking a proactive approach in providing market-oriented vocational training courses in collaboration with professional training bodies for persons in custody. The courses cover logistics, food and beverage, information technology and beauty care, and this can help persons in custody to acquire skills to strengthen their capability for job placement after release and reintegration into society.

Dr Ho said the job fair could help persons in custody live as law-abiding citizens by assisting them to enter the workforce right after release. He added that public acceptance of rehabilitated offenders is essential in building the safety of society.

Thirty business firms from more than 10 trades including the construction, retail, catering, electrical and mechanical engineering, warehousing and transportation industries participated at the fair, providing more than 1,000 job vacancies.

More than 200 persons in custody from 20 institutions applied for these jobs today.

The Secretary for Labour and Welfare, Mr Matthew Cheung Kin-chung, speaks at the Job Fair for Rehabilitated Offenders 2015 today (December 4). 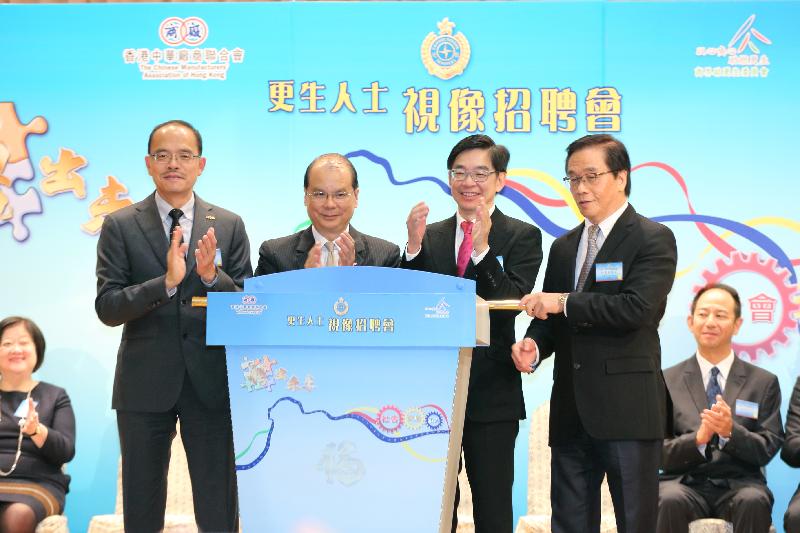 Mr Cheung (second left); the Commissioner of Correctional Services, Mr Yau Chi-chiu (first left); the President of the Chinese Manufacturers' Association of Hong Kong, Dr Eddy Li (second right); and the Chairman of Merchants Support for Rehabilitated Offenders Committee Limited and Chairman of the Organising Committee of the Job Fair for Rehabilitated Offenders, Dr Ho Wai-kuen (first right), officiate at the opening of the job fair. 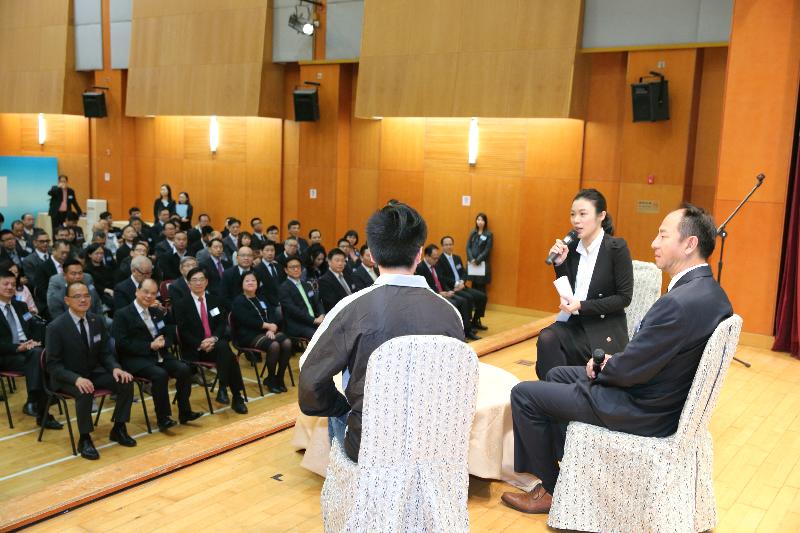 An employer (first right) and a rehabilitated offender (third right) who has been hired as an employee share their experiences. 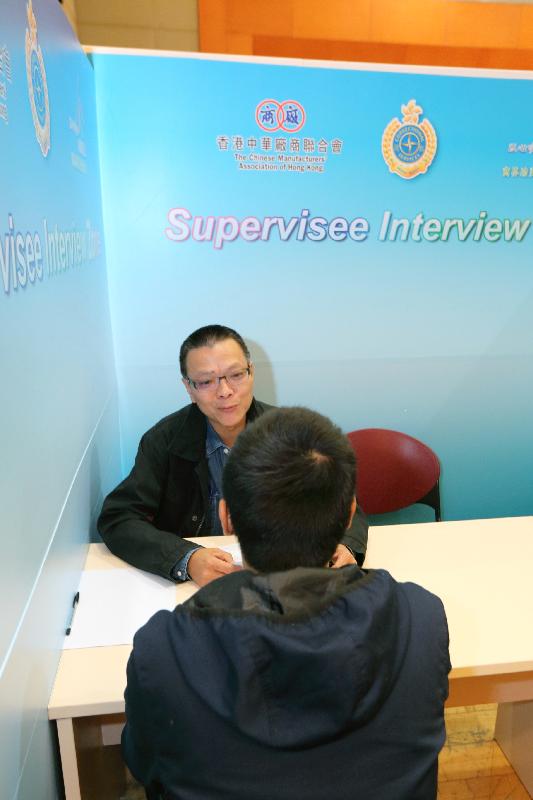 The recruitment expo provided a platform for rehabilitated offenders to look for jobs, thus helping them to reintegrate into society quickly after release.