A total of 66 persons in custody at Stanley Prison were presented with certificates at a ceremony today (January 6) in recognition of their academic achievements.

Today's 66 awardees passed 85 papers, achieving a total of 53 distinctions and credits and obtaining 280 university credit points. Among them, two persons in custody were presented with Outstanding Student Award of the Year prizes by the Open University of Hong Kong (OUHK).

Officiating at the ceremony, the Chairman of the Lok Sin Tong Benevolent Society Kowloon, Mr Clifford Leung, said that the Correctional Services Department (CSD) has long been committed to reforming persons in custody through education and vocational training. With the support of the CSD, persons in custody are able to prepare for their reintegration into society, he said. Mr Leung added that the Lok Sin Tong Benevolent Society Kowloon very much agreed with the aim of the CSD's rehabilitation work and continues to support the implementation of various rehabilitation schemes, with favourable results being obtained. In the future, the Lok Sin Tong Benevolent Society Kowloon will continue to work in collaboration with the CSD with a view to building a more stable and harmonious society. He also encouraged the community to support such rehabilitation work and give rehabilitated persons the chance to turn over a new leaf.

The CSD has long provided a favourable environment for adult persons in custody that encourages them to pursue further studies. To prepare rehabilitated offenders for their return to the community, Stanley Prison provides courses for them to acquire work-related training and recognition. The department also helps them attain job-relevant accreditation by applying on their behalf through the Recognition of Prior Learning Mechanism under the Hong Kong Qualifications Framework in accordance with their working knowledge, skills and experience. Additionally, those who have financial difficulties may apply for an education subsidy.

Established in 1937, Stanley Prison is a maximum security institution with a capacity of 1 511 penal places for male adult persons in custody. 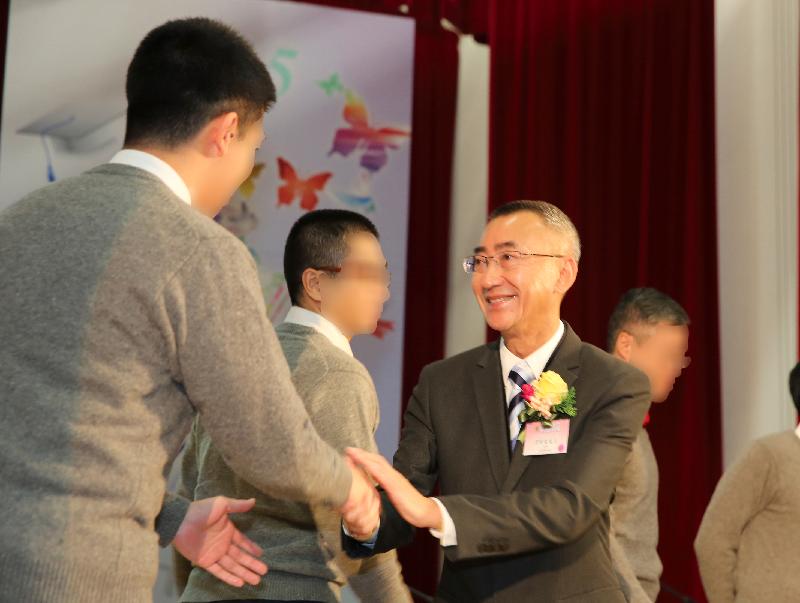 A total of 66 persons in custody at Stanley Prison were presented with certificates at a ceremony today (January 6) in recognition of their academic achievements. Photo shows the Chairman of the Lok Sin Tong Benevolent Society Kowloon, Mr Clifford Leung (right), shaking hands with a representative of persons in custody. 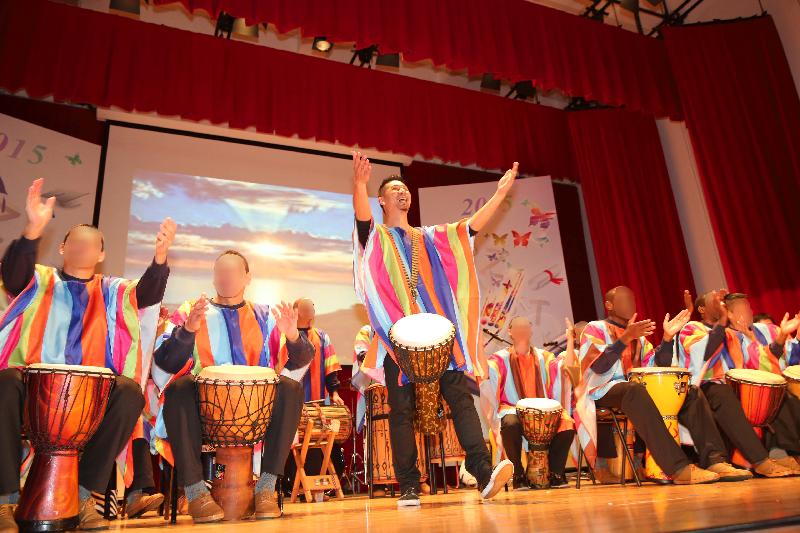 Persons in custody give an African drum performance at Stanley Prison under the guidance of instructor. 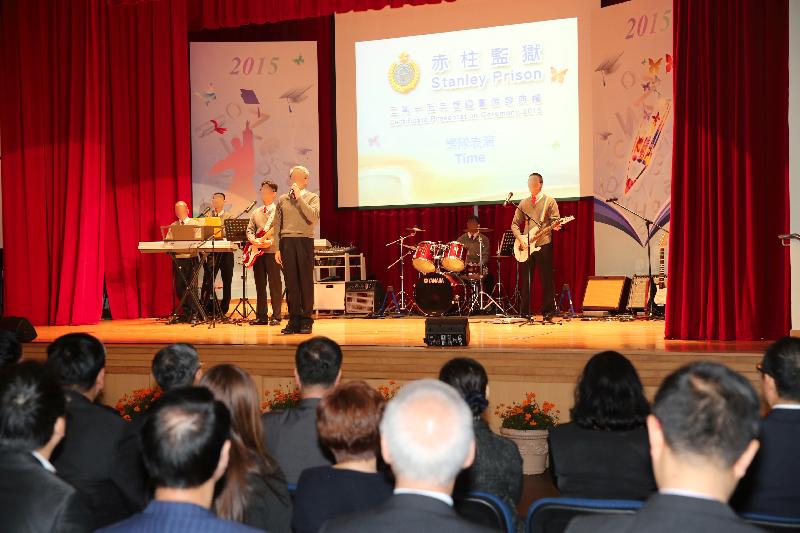