Thirty young persons in custody at Tai Tam Gap Correctional Institution (TGCI) of the Correctional Services Department (CSD) were presented with certificates at a ceremony in recognition of their efforts and study achievements today (February 24).

In the past year, 164 persons in custody sat for various academic and vocational examinations including examinations organised by the Open University of Hong Kong, City and Guilds International Limited, the Vocational Training Council and the Construction Industry Council. The courses covered the subjects of computer studies, English language, hairdressing, basic Chinese cooking theory and practice, basic laundry skills and the Intermediate Trade Test for Electrical Wireman, and persons in custody achieved 375 passes including 25 merits. The 30 persons in custody who were presented with certificates today had passed 85 papers, 10 of which were distinctions and credits.

Officiating at the ceremony, the Chairman of Fung Ying Seen Koon, Mr Hung Siu-ling, said Fung Ying Seen Koon aims at promoting noble thoughts and morals, staying responsive to the latest trends and contributing to society proactively. He also noted that the CSD conducts diverse rehabilitation schemes and reforms persons in custody through education, vocational training, discipline training and character development. With the support of the CSD, they are able to prepare well for their future reintegration into society to turn over a new leaf. Mr Hung said that the CSD's goals are in line with the aims of Fung Ying Seen Koon.

During the ceremony, a representative of persons in custody shared his determination to turn over a new leaf and further his study at the institution under the support of staff of the CSD and his family, and his father expressed his joy at seeing the positive change in his son. A music group formed by persons in custody at TGCI sang to convey gratitude to their families and the staff of the CSD, and to express hope for a better future.

Also attending the ceremony were the Assistant Commissioner of Correctional Services, Mr Tang Ping-ming, representatives of non-governmental and community organisations, community leaders and parents of the certificate recipients.

TGCI has a capacity of 160 penal places for young male persons in custody. The department provides half-day education programmes and half-day vocational training for the young persons in custody to help them rehabilitate and prepare for their reintegration into society. 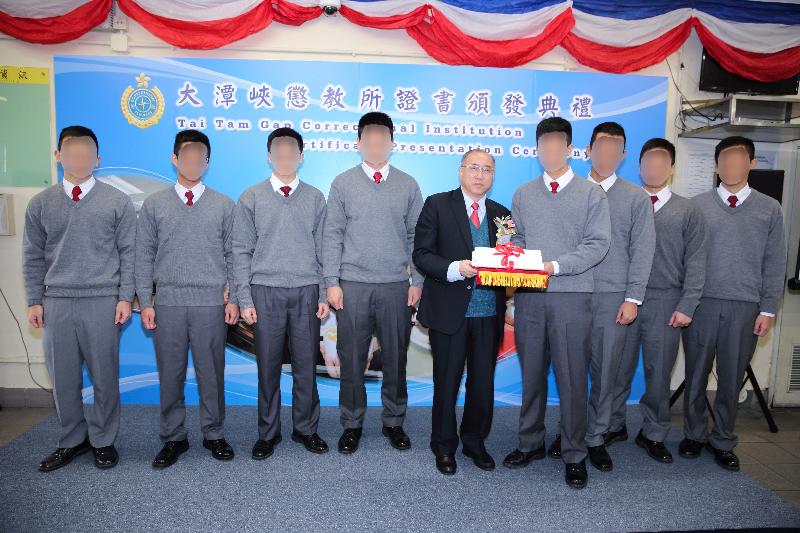 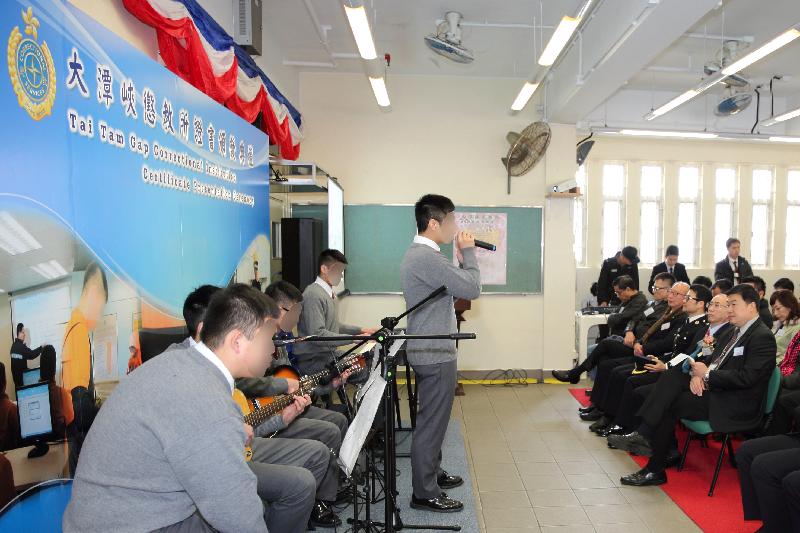 A music group formed by persons in custody at TGCI sings to convey gratitude to their families, volunteers and the staff of the CSD, and to express hope for a better future.