Thirty-four persons in custody at Cape Collinson Correctional Institution (CCCI) of the Correctional Services Department (CSD) were presented with certificates at a ceremony in recognition of their study efforts and achievements today (September 14).

In the past year, 105 persons in custody at the institution sat for various academic and vocational examinations including the Hong Kong Diploma of Secondary Education (HKDSE) Examination, examinations of the Associated Board of the Royal Schools of Music and examinations covering the subjects of Chinese word processing, basic plumbing, local cafe operation and services, creative design and application and basic laundry skills organised by City and Guilds International Limited, the Vocational Training Council, Christian Action and the Society of Rehabilitation and Crime Prevention, Hong Kong. They achieved 53 merits out of 224 certificates obtained. Among the candidates, eight persons in custody enrolled in this year's HKDSE Examination and obtained level 2 or above in 40 papers in six subjects, or 83.3 per cent of all papers taken, and most of them have successfully enrolled in post-secondary programmes, including a bachelor degree course.

Officiating at the certificate presentation ceremony, the Chairman of the Care of Rehabilitated Offenders Association (CROA), Mr Yu Che-fan, said that the CROA supports the CSD's various and sustained rehabilitation schemes, which are significant for assisting persons in custody in reintegrating into society. The CROA has donated over $12 million to the CSD for promoting diversified rehabilitation programmes since 2000. For example, donations have been made to the Prisoners' Welfare Fund, the Prisoners' Education Trust Fund and the Prisoners' Education Subsidy Fund, while the CROA Foundation was set up to provide education financial assistance for persons in custody in need, so as to encourage them to pursue further study for self-improvement and to contribute to society in future.

During the ceremony, a person in custody of CCCI shared his learning experience in preparing for the HKDSE Examination in the institution, culminating in his admission to a higher diploma programme.

A band formed by persons in custody at CCCI sang to convey their love for their families. A parents' representative also spoke of the happiness she felt when seeing her son undergo positive changes at CCCI.

Also attending the ceremony were the Assistant Commissioner of Correctional Services, Mr Tang Ping-ming; CROA leaders; representatives of non-governmental and community organisations; community leaders; and parents of the certificate recipients.

CCCI has a capacity of 192 penal places for young male persons in custody aged from 14 to under 21 who are ordered by court to undergo the training centre programme for an indeterminate period of six months to three years.

The department provides half-day education programmes and half-day vocational training for persons in custody to help them rehabilitate and prepare for reintegration into society. 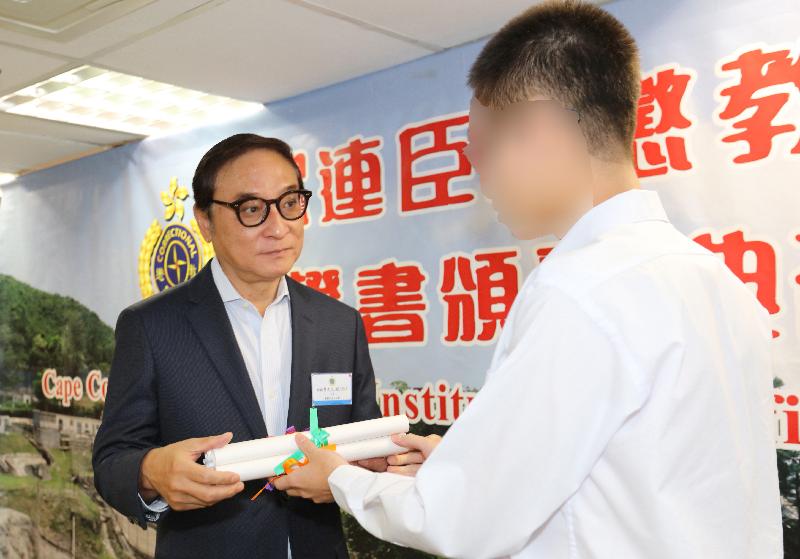 The Chairman of the Care of Rehabilitated Offenders Association, Mr Yu Che-fan (left), presents academic certificates to a representative of persons in custody at a presentation ceremony held in Cape Collinson Correctional Institution of the Correctional Services Department today (September 14). 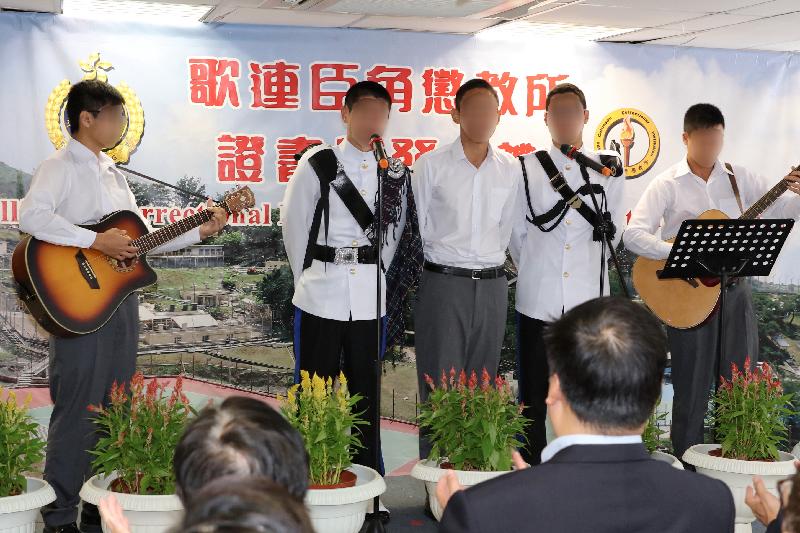 Members of a band formed by persons in custody at Cape Collinson Correctional Institution of the Correctional Services Department sing to convey their love for their families during a certificate presentation ceremony at the institution today (September 14). 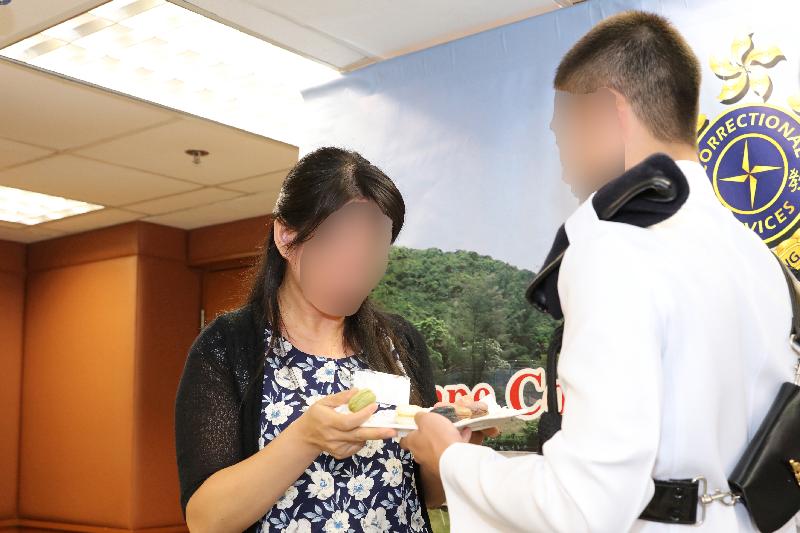 A person in custody thanks his mother for her unfailing love by giving her a homemade dessert during a certificate presentation ceremony at Cape Collinson Correctional Institution of the Correctional Services Department today (September 14).