A total of 54 persons in custody at Shek Pik Prison (SPP) of the Correctional Services Department (CSD) were presented with certificates at a ceremony today (November 30) in recognition of their study efforts and academic achievements.

The 54 persons in custody awarded certificates today passed 113 papers with 56 distinctions and credits, and achieved a total of 355 university credit points. Among them, seven persons in custody attained good academic results and were presented with an Outstanding Student Award by the Open University of Hong Kong (OUHK), while one person in custody was awarded a Master's Degree of Science in Information Technology with Internet Applications and three were awarded Associate Degrees of Business Administration by OUHK.

In 2016, a total of 248 persons in custody at SPP passed 393 papers in various distance learning courses and public examinations organised by OUHK, the Hong Kong Examinations and Assessment Authority, the London Chamber of Commerce and Industry and City and Guilds International Limited.

Officiating at the ceremony, the Chairman of the Islands District Council, Mr Chow Yuk-tong, said that as Chairman of the Islands District Council and a member of the Islands District Fight Crime Committee, he has been committed to assisting the CSD in organising various publicity campaigns and activities, while urging the public to support and accept rehabilitated offenders. Mr Chow added that the efforts of persons in custody and the staff of the CSD alone would not be adequate to make the rehabilitation work a success. He appealed to all sectors of the community to actively support the rehabilitation work of the CSD and to disseminate the message widely, so as to encourage the public in giving the rehabilitated offenders a chance to turn over a new leaf, thereby building a safe, harmonious and inclusive society in a collaborative way.

Situated on Lantau Island, SPP is a maximum security institution with a capacity of 426 penal places for male adult persons in custody. 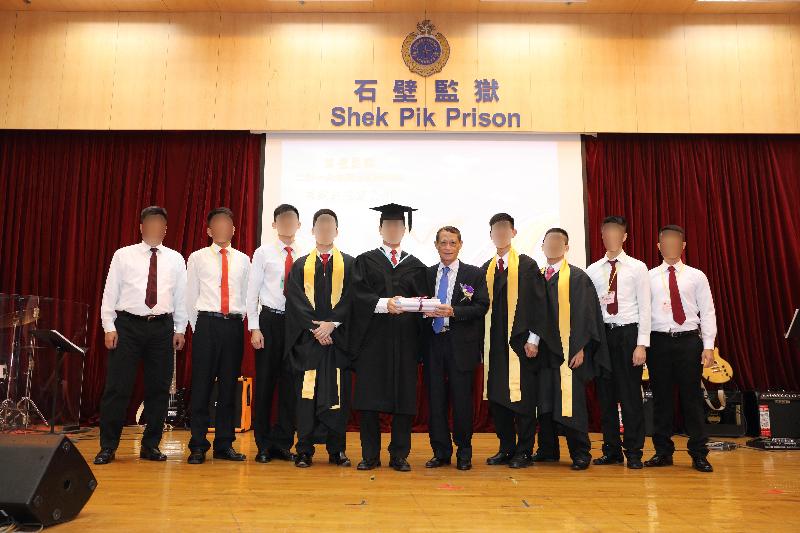 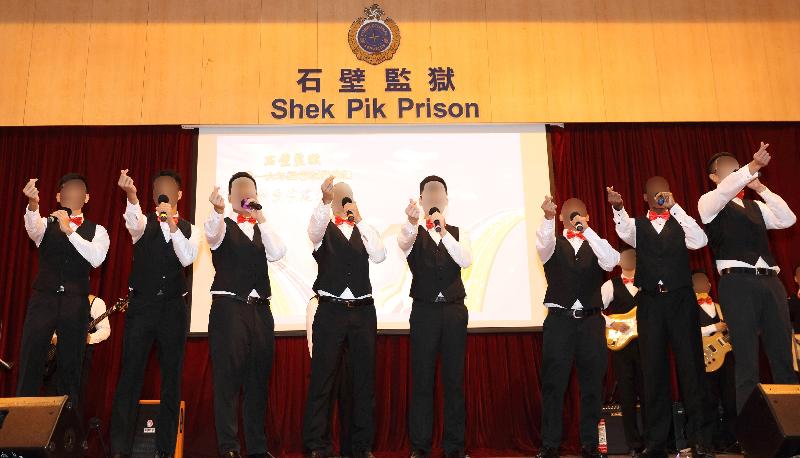 A total of 54 persons in custody at Shek Pik Prison were presented with certificates in recognition of their academic achievements at a ceremony today (November 30). During the ceremony, a band formed by persons in custody sang to convey gratitude to all those helping in their rehabilitation.