To tie in with the 20th anniversary of the establishment of the Hong Kong Special Administrative Region and the 35th anniversary of the renaming of the CSD, the two-day Conference aims to draw on the wisdom of renowned speakers and participants to promote the development of correctional work.

Attending the Conference are participants from Hong Kong, 14 Mainland provinces and municipalities, Macau and overseas countries including Singapore, Canada, Australia, Indonesia, Israel, Fiji, Malaysia, Korea, Japan and Thailand, as well as the United Nations Asia and Far East Institute for the Prevention of Crime and the Treatment of Offenders.

The Chief of Secretary for Administration, Mr Matthew Cheung Kin-chung; the Secretary for Security, Mr John Lee; the Commissioner of Correctional Services, Mr Yau Chi-chiu; the Chairman of the Council of CityU, Mr Herman Hu; the President of CityU, Professor Way Kuo; and 14 delegation heads officiated at the opening ceremony.

Other speakers include Honorary Lecturer of the Department of Sociology at the University of Hong Kong Dr Kalwan Kwan; Judge of the Court of First Instance of the High Court Mr Justice Patrick Li; the Deputy Commissioner of Correctional Services, Mr Lam Kwok-leung; and the Chairperson of the Department of Psychology at the Chinese University of Hong Kong, Professor Patrick Leung.

Professor Eric Chui of the Department of Applied Social Sciences at CityU also announced findings of a consultancy study on "Effectiveness of Rehabilitation and Community Education Work of CSD" at the Conference today. This is the first consultancy study in Hong Kong to adopt evidence-based methodology to evaluate the effectiveness of the CSD's work by quantifying in monetary terms the social cost arising from crime and calculating the cost saved after the work of the CSD in rehabilitation and community education. The cost saving amounts to $74.3 billion in five years, as shown in the Annex.

The topics of speeches are covering a wide range of correctional issues to foster in-depth discussion and sharing of valuable experiences on custodial, rehabilitation and community education work.

The CSD has been placing dual emphasis on safe custody and rehabilitation. Through community education programmes, the CSD plays the role of society's guardian and rehabilitation facilitator, and is committed to the sustainable development of a better Hong Kong. 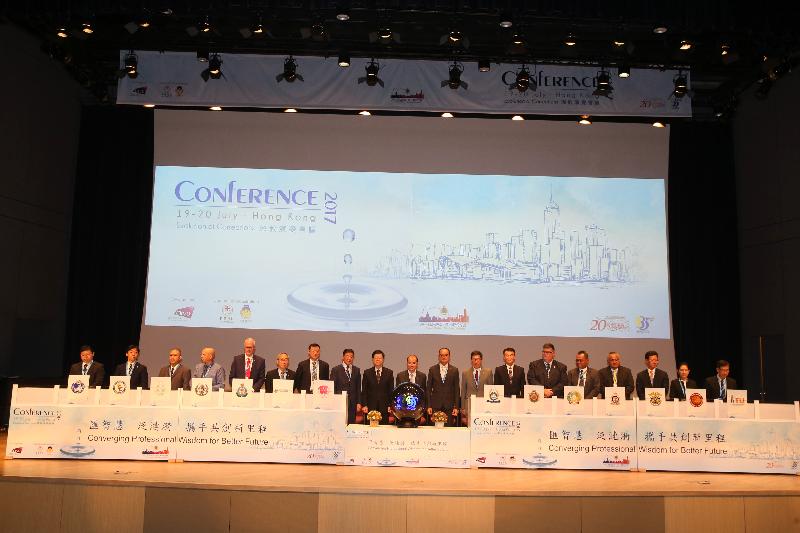 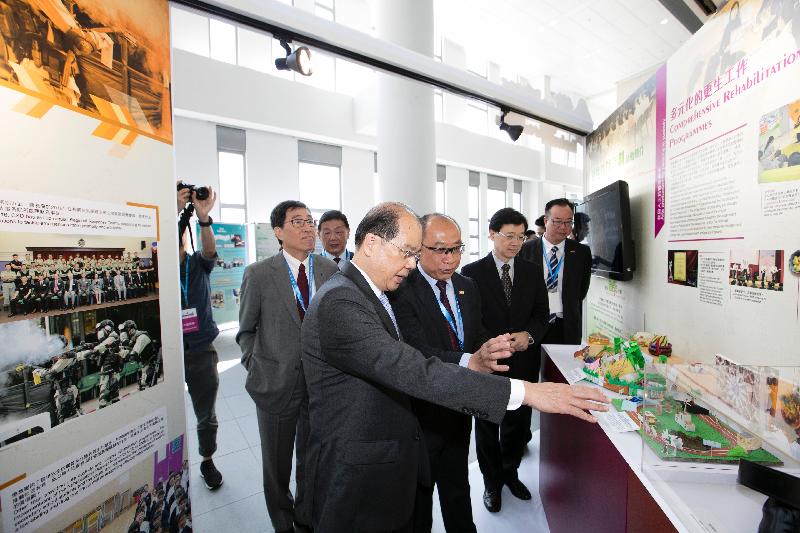 The Chief Secretary for Administration, Mr Matthew Cheung Kin-chung (fourth right), and the Secretary for Security, Mr John Lee (second right), are today (July 19) accompanied by Correctional Services Department officials to visit a timeline display on the evolution of correctional services in Hong Kong at Conference 2017 - Evolution of Corrections.