A total of 107 persons in custody in Shek Pik Prison (SPP) of the Correctional Services Department (CSD) were presented with certificates at a ceremony today (November 7) in recognition of their study efforts and academic achievements.

In 2018, a total of 199 persons in custody at SPP passed 306 papers in various distance learning courses and public examinations organised by the OUHK, the Hong Kong Examinations and Assessment Authority, the British Council and the City and Guilds International Limited.

Officiating at the ceremony, the Honorary President of the Prisoners' Friends' Association (PFA) and member of the Legislative Council, Mr Michael Tien, said that the CSD endeavours to conduct suitable rehabilitation programmes to help persons in custody turn over a new leaf as well as reintegrate into society. Over the years, the PFA has long been supporting the rehabilitation work of the CSD and co-operating in fostering offender rehabilitation. The PFA's volunteers help persons in custody to cope with imprisonment by providing regular visits and correspondence.

Situated on Lantau Island, SPP is a maximum security institution with a capacity of 426 penal places for male adult persons in custody. 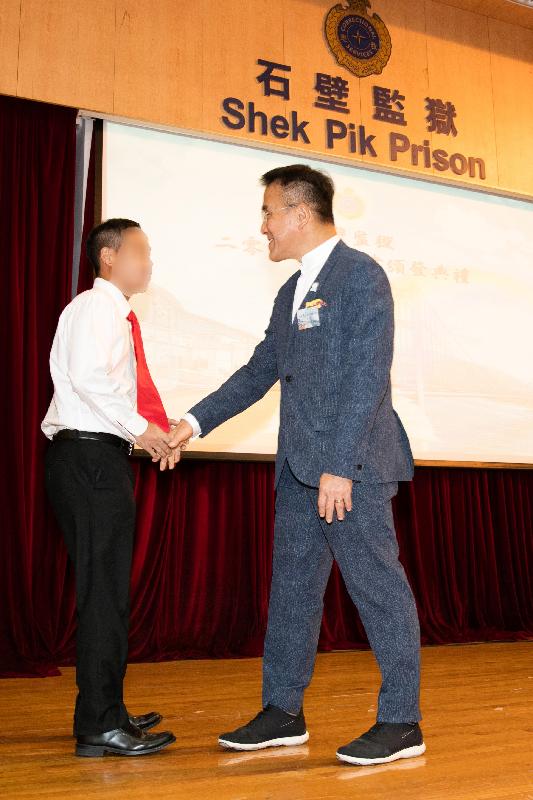 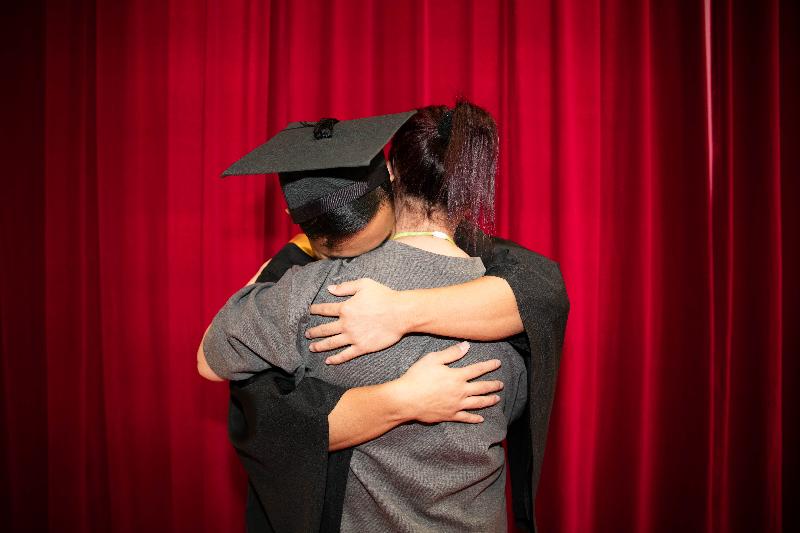 Shek Pik Prison today (November 7) held a certificate presentation ceremony. Photo shows a person in custody hugging his mother at the ceremony and conveying his gratitude for her support. 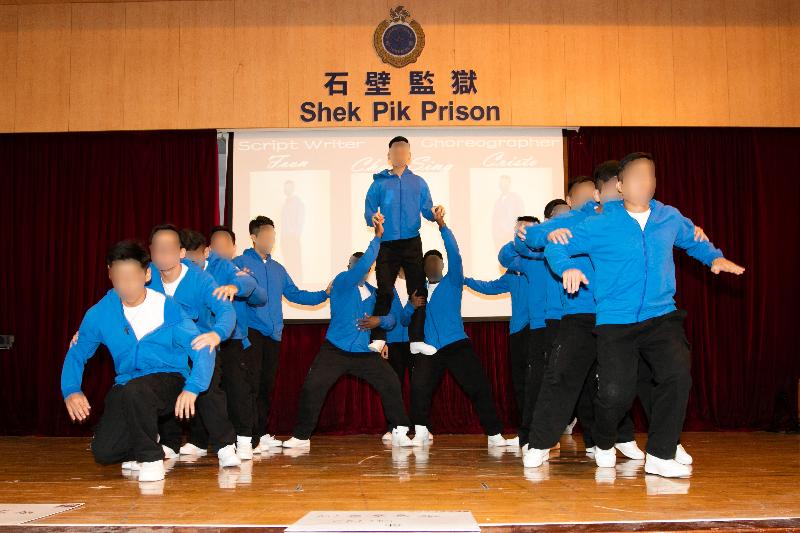