Mr Woo said at the press conference that in 2018, while the CSD encountered various challenges, all correctional officers were professional and impartial in ensuring a secure, safe, humane, decent and healthy custodial environment at all times in pursuance of their responsibilities and powers vested by law. Moreover, the CSD, in collaboration with various community stakeholders, has created rehabilitation opportunities to help persons in custody reintegrate into society upon release. Furthermore, the department has been promoting law-abiding and inclusive values through community education with a view to preventing crime and contributing to society.

As at the end of 2018, about 1,400 persons were still under the statutory supervision of the CSD.

In light of the large-scale prison riots or escapes in some countries or places in the world in recent years, the CSD has taken the initiative to review and strengthen preventive measures, contingency plans and staff equipment from time to time to curb all illicit activities proactively.

There has been no successful escape case in Hong Kong for 11 years in a row, from 2008 to 2018. In 2018, the CSD conducted 8,230 joint search/special search/night raid operations in institutions, covering 12,885 locations, representing increases of 7 per cent and 8 per cent respectively compared with the relevant figures in 2017.

Mr Woo said that while most of the persons in custody conform to order and discipline and show a sense of remorse, some commit acts of indiscipline. These acts adversely affect the order of institutions and the safety of others. In 2018, there were eight cases of concerted acts of indiscipline, an increase of three cases over the year before, with 181 participants involved. These included fighting and inciting other persons in custody to get involved in collective actions, such as refusing to eat or lodging a collective complaint. The case that involved the most participants took place on November 21, 2018, in which a total of 66 persons in custody in Lai Chi Kok Reception Centre lodged a collective complaint. Out of these eight cases, five resulted in 12 persons in custody being injured, while four cases were referred to other law enforcement agencies for follow-up and investigation. Among the 181 participants involved in concerted acts of indiscipline, 96 per cent (173 participants) were 21 years old or above, and the remaining 4 per cent (eight participants) were under 21 years old. Moreover, 62 per cent of the participants had triad backgrounds and were involved in six cases. With the strong support of the Regional Response Teams, institution management restored discipline at the institutions within a short period of time. Since the establishment of the Regional Response Teams in 2016, the department has achieved effective results in safeguarding the security of institutions and in the escort of high-security risk persons in custody. The CSD therefore plans to extend the Regional Response Teams to other regions and individual institutions.

As for cases involving violent acts, a total of 483 cases were recorded in 2018, mainly involving fighting among persons in custody and assaulting others (including correctional officers), representing a decrease of 63 cases from 2017. Among these cases, 26 cases were of a more serious nature and were reported to the Police for follow-up. The number of correctional officers who were injured while stopping violence or other behaviour was 39 in total. Most of these injuries were minor.

In 2018, there were seven cases involving correctional officers being assaulted in the course of duty, representing a decrease of one case from eight cases in 2017. The number of correctional officers injured on duty also decreased from six persons to three persons. Most of the injuries were relatively minor.

Mr Woo said the CSD is also committed to stopping the smuggling of drugs into correctional institutions. Last year, there were 25 cases of seized drugs, including 16 cases of body-cavity concealment of drugs. The majority of the seized drugs were heroin and other psychotropic drugs, and the cases mainly involved newly admitted persons in custody. The department will step up its efforts in drug interception work to ensure a safe and secure custodial environment.

In 2018, there were 48 self-harm cases, representing a decrease of 52 per cent from 99 cases in 2017. The majority of these cases were discovered in time and the persons in custody concerned were successfully rescued by correctional officers. Unfortunately, two persons in custody died last year despite the tireless efforts of CSD staff. The incidents were reported to the Police for investigation and subsequent death inquests.

In January this year, the CSD consulted the Legislative Council Panel on Security on the proposal to install the electric locks security system, with a facial recognition function to verify the identity of staff, in Pik Uk Correctional Institution, with a view to enhancing the efficiency of prison management and the level of security.

Last year, Life Gym - the first Positive Living Centre for male persons in custody - was officially launched in Stanley Prison. Through treatment programmes and competition-based activities, a Clinical Psychologist will assist persons in custody in need to resist criminal thinking and prevent violence. They are also encouraged to cultivate a healthy lifestyle in the institution.

Twenty vocational training courses are provided for young persons in custody. Forty-one market-oriented courses, with a total of over 1,400 places, are available on a voluntary basis to adult persons in custody who are due for discharge within three to 24 months and legally reside and seek employment in Hong Kong. Last year saw the introduction of new foundation certificate courses in Floor Laying for Interior Renovation and AutoCAD in Renovation Drawings. This year, the CSD will roll out new foundation certificate courses in Virtual Reality Welding, Virtual Reality Visual Merchandising and Retail Management as well as Car Beauty. All these courses are organised by various local training bodies, and have attained Qualifications Framework levels or are accredited by professional bodies. They help rehabilitated persons to work or enrol in bridging or progressive courses in future.

The overall passing rate of vocational training examinations was 97.9 per cent last year (98.1 per cent and 97.3 per cent for adult and young persons in custody respectively). Their employment rates after six months of employment follow-up period upon release were respectively 83.1 per cent and 93.4 per cent. On education, the overall passing rate in public examinations was 62.9 per cent last year. One person in custody attained Level 5 in the subject of Economics under the Hong Kong Diploma of Secondary Education Examination. Another one even obtained 21 marks overall in six papers. Moreover, 10 persons in custody were awarded bachelor's degrees and one was awarded a master's degree, the sum of which represented the best result achieved so far. On the education of young persons in custody, the department introduced elements of STEM (science, technology, engineering and mathematics) education last year to strengthen their logical thinking and problem-solving skills.

Over the past 10 years or so, based on 2000 and 2016 as the respective years of discharge, Hong Kong's recidivism rate has seen a substantial decrease from 39.9 per cent to 24.8 per cent. In essence, the reduction reflects the outcome jointly made through the hard work of correctional officers, the determination of persons in custody and rehabilitated persons to turn over a new leaf, and the growing support from stakeholders in the community.

On community education, the CSD established a uniformed group of Rehabilitation Pioneer Leaders last year for young people with leadership potential. The objective is to help broaden their horizons through diversified training programmes. They are also encouraged to actively contribute to society in future. So far, two cohorts of 60 members (three of them being ethnic minority youths) have been recruited. Subject to availability of resources, recruitment will be conducted every year with a view to expanding the membership to cover more areas of Hong Kong.

The CSD is still undergoing a peak period of staff wastage. In 2017-18, we recruited 44 Officers and 435 Assistant Officers II. We expect to recruit about 50 Officers and, depending on vacancy situations, about 350 Assistant Officers II for filling of posts in 2018-19. In respect of staff quarters, a project at Tin Wan, Aberdeen, is under construction and expected to provide 70 units within 2019.

In 2018, the CSD formulated a Strategic Plan for future development. The objective of the Strategic Plan is, amongst others, to build a sustainable correctional system with an integrated operational protocol through development of a smart prison system. In accordance with the 2018 Policy Address and with the Security Bureau's support, the CSD, in collaboration with the Electrical and Mechanical Services Department, the Architectural Services Department and the Office of the Government Chief Information Officer, plans to introduce smart elements in its major facility improvement proposals in future.

The smart prison concept comprises four elements, namely "development of smart governance", "implementation of process innovation", "cultivating knowledge-based correctional officers and enhancing the capacities of rehabilitated persons to reintegrate into the society" and "application of smart prison designs to operate correctional institutions". The CSD strives to enhance efficiency of custodial operations and security of correctional institutions through the application of innovation and technology, while protecting the safety of correctional officers in the course of law enforcement and ensuring the safety of persons in custody at the same time.

The trial projects include the installation of the Health Signs Monitoring System in the centre hospital of Lo Wu Correctional Institution (LWCI), the Video Analytic Monitoring System in four dormitories of Pik Uk Prison for monitoring of abnormal behaviours and acts of indiscipline of persons in custody, and the Passage Surveillance System in designated passages of LWCI. In the long term, the smart prison concept should be expanded to cover both the hardware and the software of correctional institutions. The ultimate objective is to combine operational systems and innovation and technology to collect, analyse and apply data in various areas, with a view to enhancing the efficiency of institutional management and operations, strengthening the CSD's readiness in emergency response, and facilitating long-term strategic planning. 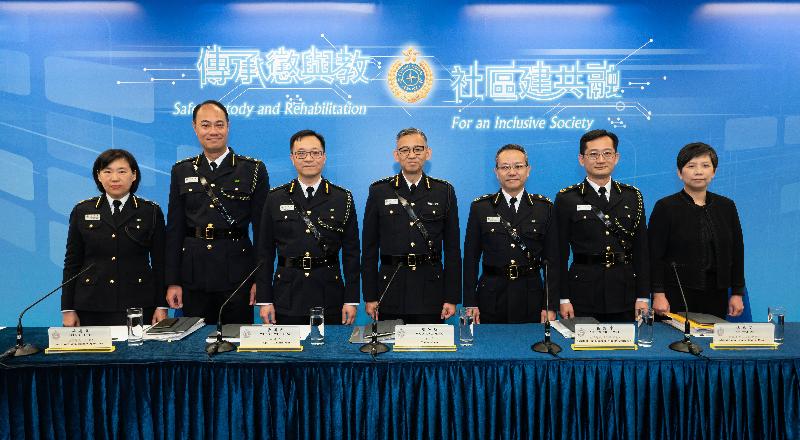 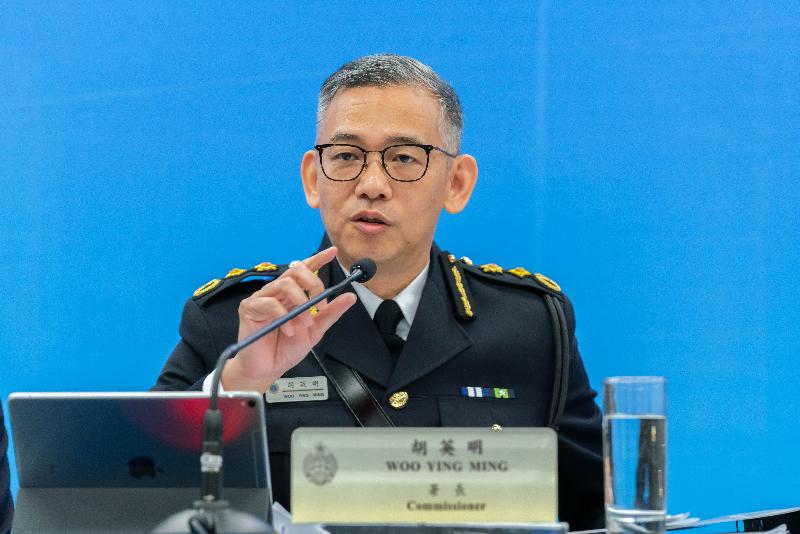 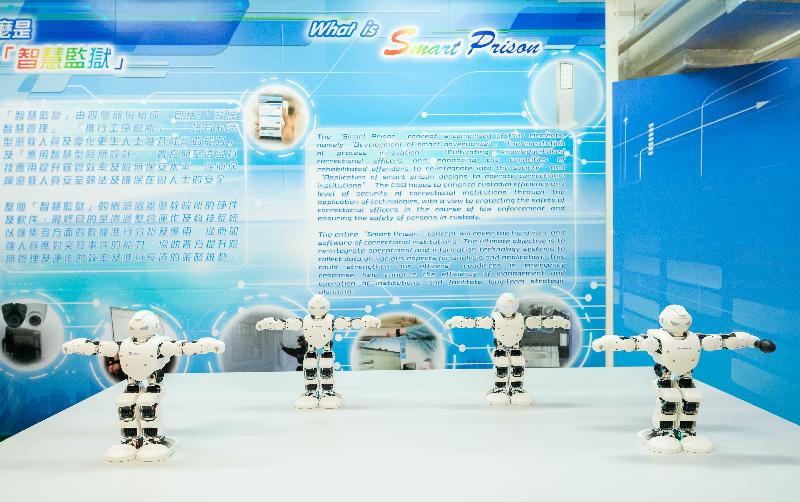 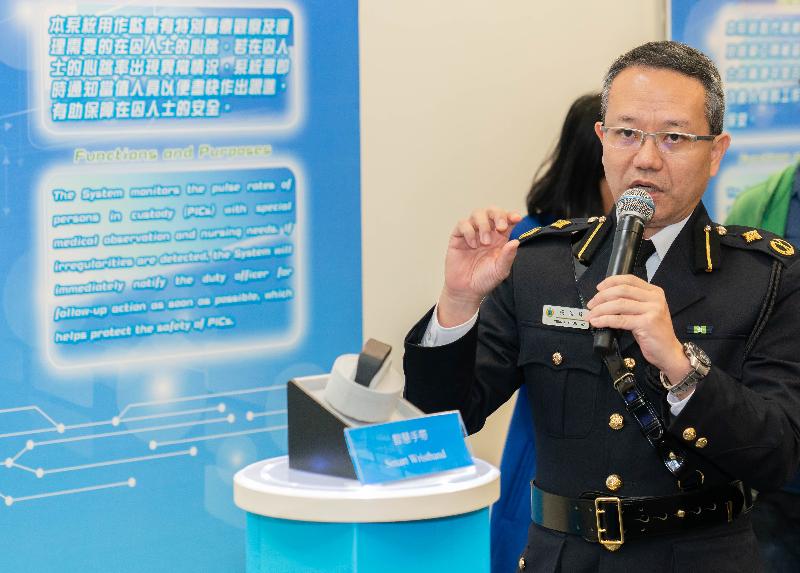 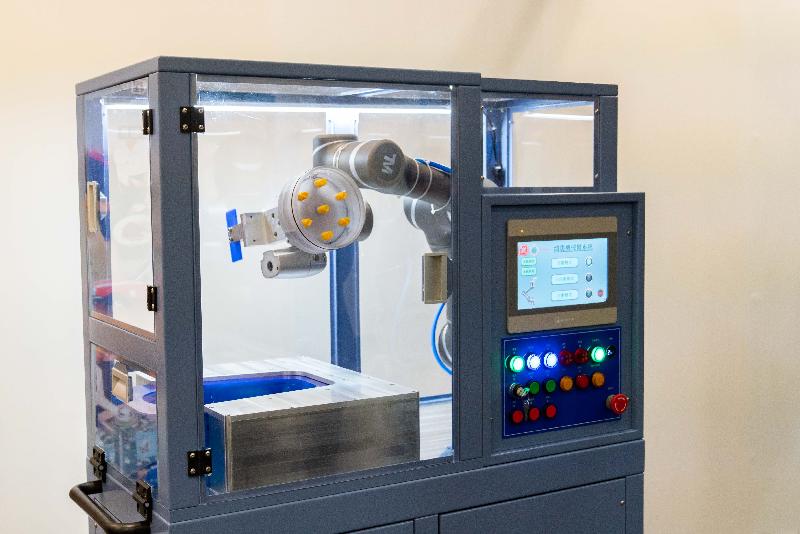 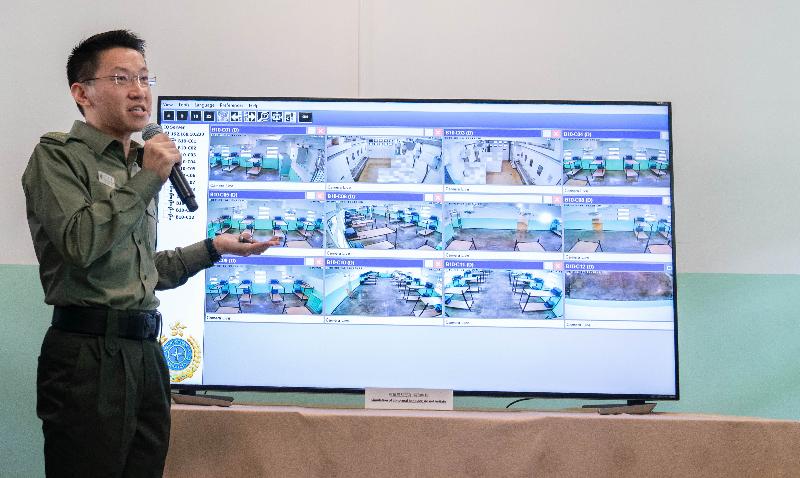