Mr Miu is now the Chief Superintendent of Lai Chi Kok Reception Centre.  He joined the department (previously Prisons Department) as an Officer in 1978. 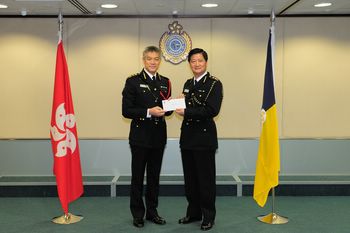