All staff in the headquarters and institutions of the Correctional Services Department observed a one-minute silence at 9.30am today (April 21) to express their condolences for earthquake victims in Yushu, Qinghai.

In Stanley Prison, more than a hundred Correctional officers, doctors and new recruits from the Staff Training Institute gathered to mourn.

Activities and prison labour were suspended during the one-minute silence and persons in custody participated in the mourning on a voluntary basis. 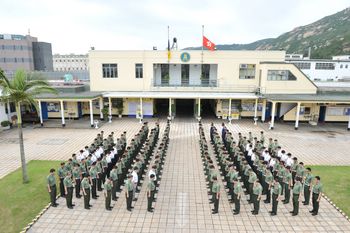 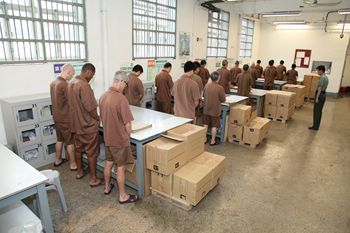 Persons in custody in Stanley Prison also participate in the mourning.