The Correctional Services Department (CSD) booklet compiled by the Officers' Club, "Together We Will", celebrating the 60th anniversary of the founding of the club, has won the 20th International Astrid Awards' gold medal under the category "Special Projects: Anniversary/History". In addition, the CSD Annual Review 2009 has been awarded a bronze medal in the 24th International ARC Awards under the category "Non-traditional Annual Report: Government Agencies & Offices".

The International Astrid Awards are organised by MerComm, Inc. in the USA and endorsed by the communications field to honour outstanding achievement in design communications works. The Vice-Chairman of the Editorial Board for "Together We Will", Mr Law Yick-man, said he was pleased to hear the good news. He expressed thanks especially to all members of the Editorial Board for their tremendous efforts in producing this special edition within three months, from planning to production. The outcome is a publication rich in content and elegant in design.

The publication marks the 60th anniversary of the founding of the Officers'Club. The title "Together We Will" conveys the sense of gathering together in the Officers' Club. The club is a meeting place for departmental officers as well as a place for them to interact with people from other sectors.

The publication's cover uses the club's fireplace as the background. Two photos of officers' gatherings from different eras are placed on top of the fireplace. The 60-page publication is divided into six chapters: "Good old days", "A nostalgic touch", "Distinguished guests", "Snapshots of memories", "Customer-based culture" and "A time to play". It aims to introduce the historical development and people's stories of the club in its different aspects.

??The International ARC Awards is the largest international competition honoring excellence in annual reports. The CSD Annual Review 2009 has won one of those awards. The CSD's Principal Information Officer, Ms Lily Chen,who coordinated the production of the publication, said she was delighted to learn that it had won such an award among more than 1,900 entries from 27 countries around the world. She said she hoped that the community could better understand CSD's work and development through this publication as well as the nature of the jobs of CSD officers and their professionalism.

??The publication's cover features the gate of Stanley Prison and when the gate is opened, five CSD frontline officers in various situations can be seen. It aims to convey the message that CSD officers work tirelessly at all times and in all weathers to maintain a safe and inclusive society. 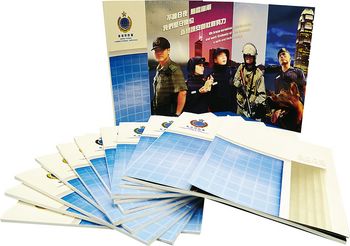 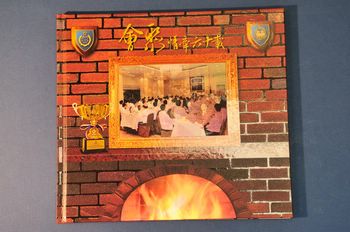 "Together We Will" celebrates the 60th anniversary of the founding of the CSD Officers' Club.