The forum is an annual programme under the CSD's Rehabilitation Pioneer Project launched in September, 2008. The main issues under discussion at this year's forum were bullying at school and triad society. The project aims to promote anti-crime, anti-drug and offender-rehabilitation messages among young people through a series of community educational activities and visits. As there is a trend towards younger offenders, the CSD decided to extend educational talks to primary six students last year (2010) while today's target audience included primary students from various districts.

The forum included a digital game led by CSD staff encouraging students to discuss issues related to bullying at school and triad society. The interactive game enhanced students' understanding of the serious consequences of committing crimes and joining the triad society.

In a section titled "A brief discussion on the road to rehabilitation", three rehabilitated offenders were invited by the CSD to talk about the heavy price to be paid for committing crime. The talk helped to spread the message "Be law-abiding, Stay away from drugs, Support offender rehabilitation" to students.

Also attending the forum were the Commissioner of Correctional Services, Mr Sin Yat-kin, representatives from the Committee on Community Support for Rehabilitated Offenders, District Fight Crime Committees and other non-government organisations. The forum lasted for two hours. 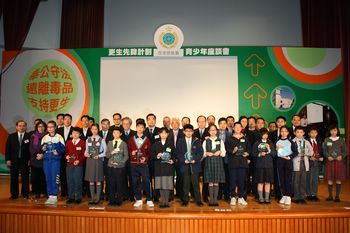 The Commissioner of Correctional Services, Mr Sin Yat-kin, together with representatives from the Committee on Community Support for Rehabilitated Offenders, District Fight Crime Committees and schools, pose for a group photo at the forum's opening ceremony. About 300 primary students attended. 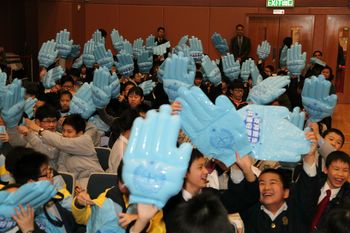 Students participate in a digital game linked to the issues of bullying at school and triad societies. 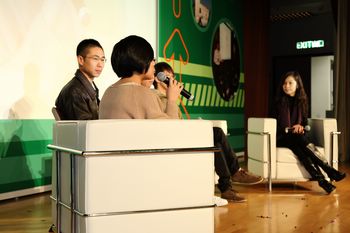 Three rehabilitated offenders talk about the heavy price to be paid for committing crimes.