Mr Lee said, "The road to rehabilitation is not easy. I hope every inmate is able to face the challenges and pursue self-enhancement to help start a new life after release and make a contribution to society.

"Support from non-government organisations and the community is crucial to various rehabilitation activities held by CSD." 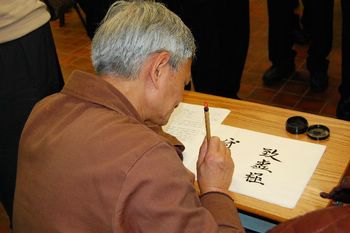