The Correctional Services Department (CSD) launched its 60th annual Autumn Fair this afternoon (April 19) with an opening and cheque presentation ceremony at the Disciplined Services Sports and Recreation Club in So Kon Po, Causeway Bay.

With the fair's objective of "Caring for Rehabilitation and Community", the department today presented cheques amounting to more than $1 million in total to 46 voluntary agencies and beneficiaries after deducting costs from the funds raised from sales and donations through various channels at last year's Autumn Fair. The funding will be used for charity purposes, including inmates' welfare services, to support community rehabilitation work and rehabilitated people's reintegration into society.

On display at the presentation venue are handmade products and five series of panels. The first series of panels features the development of the Autumn Fair over the past 59 years. The second series shows the fun and joy shared with the community. The third series showcases care for the community in the form of donations for welfare services. The fourth series displays the support from and participation of various voluntary agencies, while the fifth shows inmates' contributions to the community from their yearly sales of various handmade products. The panels will be displayed again at the fair this November in Stanley.

Apart from the rich entertainment programme, the Autumn Fair also features various products nurtured or handmade by inmates, including plants, handicrafts, toys, and rattan and wooden furniture. The fair, as a platform for public engagement, fosters inmates' rehabilitation and their reintegration into society.

Since 1999, the department has included an auction session at the fair. More than 100 items have been auctioned over the past 13 years, with the most popular pieces being inmates' handicrafts. More than 40 voluntary agencies and beneficiaries have received a total of some $8.5 million from the auctions and fair donations over the years.

The department hopes to assist charities by supporting services of the voluntary agencies and beneficiaries in the areas of youth, family and rehabilitation work and services. The annual event also raises funds for the department's Sports Association through charity raffles to promote a balanced lifestyle and encourage staff to take part in various recreation and sports activities. 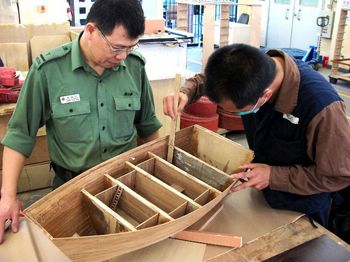 The Correctional Services Department (CSD) launches its 60th annual Autumn Fair this year. Since 1999, the department has included an auction session at the fair. More than 100 items have been auctioned over the past 13 years, with the most popular pieces being inmate handicrafts. Photo shows an inmate making a piece of handicraft -- a warship of Zheng He in Ming Dynasty. 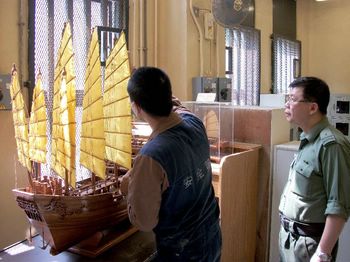 A piece of inmate handicraft -- a warship of Zheng He in Ming Dynasty. 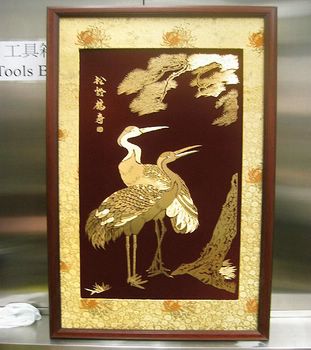 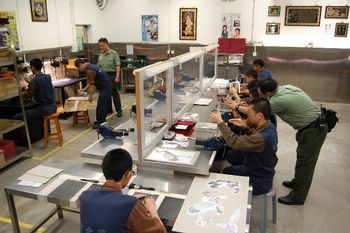 The making of the handicraft symbolising long life. 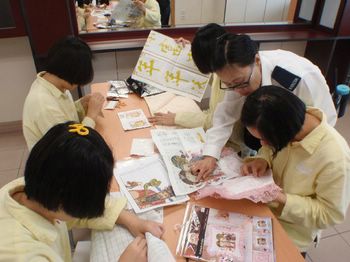 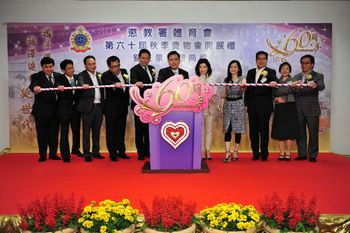