Member of the Fight Crime Committee, Mr Richard Tang Yat-sun, commended the Correctional Services Department (CSD) for its important role in ensuring public safety and enhancing the overall law and order situation of the community.

Officiating at a passing-out parade held at the department's Staff Training Institute today (August 31), Mr Tang said the CSD has been committed to providing a secure, safe and humane environment for persons in custody, and has worked with the public and other agencies to keep on improving its rehabilitative services and help the inmates rehabilitate and reintegrate into the community.

"Currently, more than 80 non-government organisations have worked in close partnership with the CSD in the provision of rehabilitative services, fully reflecting the public's support for the services and recognition of the Department's endeavours," he said.

Mr Tang pointed out that with an increasing awareness of the importance of correctional services, the public held high expectations of the correctional officers, in particular their probity and integrity.

Mr Tang said, "The CSD has been upholding the department's core values in discharging its duties, namely integrity, professionalism, humanity, discipline and perseverance. The department introduced a new training kit on integrity management for staff in March this year, with a view to further enhancing their integrity management knowledge and strengthening their awareness against acts of misconduct. I very much appreciate the efforts made by the department in this regard.

"As an outstanding and caring disciplinary force, the CSD's staff members are actively engaged in charitable activities in their spare time, extending their care and love to the underprivileged despite their heavy workload," he added.

"The department has been presented with the 'Caring Organisation Logo' for the seventh consecutive year by the Hong Kong Council of Social Service. The department's Oi Kwan Volunteer Group was also awarded 'The Fourth Hong Kong Volunteer Award' by the Agency for Volunteer Service last year for its efforts in caring for the community. These awards show that the contribution of the CSD to the community has been fully recognised."

Mr Tang hoped that the passing-out members would make the best use of their professional knowledge and skills in the discharge of their duties and strive to maintain the CSD's fine tradition, thus contributing to the building of a more harmonious and inclusive society. 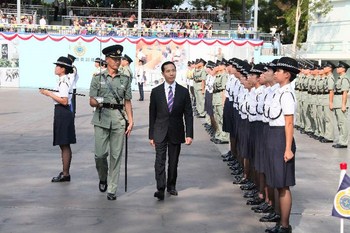 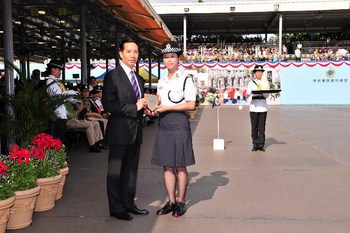 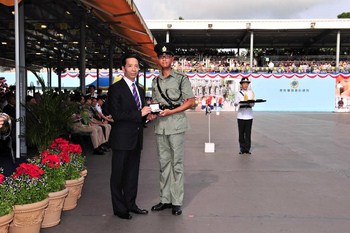