The Chairman of the Legislative Council Panel on Security, Mr Ip Kwok-him, commended the Correctional Services Department (CSD) for its efforts and achievements in striking the right balance between discipline and rehabilitation work at the passing-out parade at the department's Staff Training Institute today (February 1).

"Correctional work has never been an easy task. Over the years, the Correctional Services Department has endeavoured to maintain good discipline in penal institutions by providing a secure, safe and humane environment, as well as offering a decent and healthy environment, for persons in custody. In addition, the department has collaborated with the community and other agencies to help persons in custody embark on the road to rehabilitation and facilitate their reintegration into society to start a new chapter in life," he said.

He added that the department, tasked with great missions and responsibilities, plays an important role in ensuring public safety and enhancing the overall law and order of the community. Over the years, owing to the special working environment of the department, which is different from that of other disciplined forces, members of the public may not have fully understood the duties of the correctional officers. However, correctional officers have not been affected by this and they remain dedicated to their work. Correctional officers have all along held fast to the department's vision in serving the public with dedication at all times, fearless of adversity and pressure, and have spared no effort in contributing to the stability of the community and uphold the integrity of the judicial system of Hong Kong.

Mr Ip also told passing-out members that in the face of the developments of society, no matter in carrying out routine custodial duties or providing diverse rehabilitation services, correctional officers have to be endowed with professional knowledge as well as perseverance to cope with different kinds of difficulties and challenges.

He also commended the CSD for its provision of training avenues for staff in collaboration with tertiary institutions to offer them opportunities to upgrade themselves, with a view to stepping up staff training and enhancing the professional development of the department. He said he hoped that the passing-out members would make good use of the opportunities offered by the department to better prepare themselves for meeting the challenges ahead and to give full play to their strengths.

Mr Ip added that he was confident that the passing-out members would uphold the department's five core values, namely professionalism, humanity, integrity, discipline and perseverance, in serving the community with dedication and commitment. 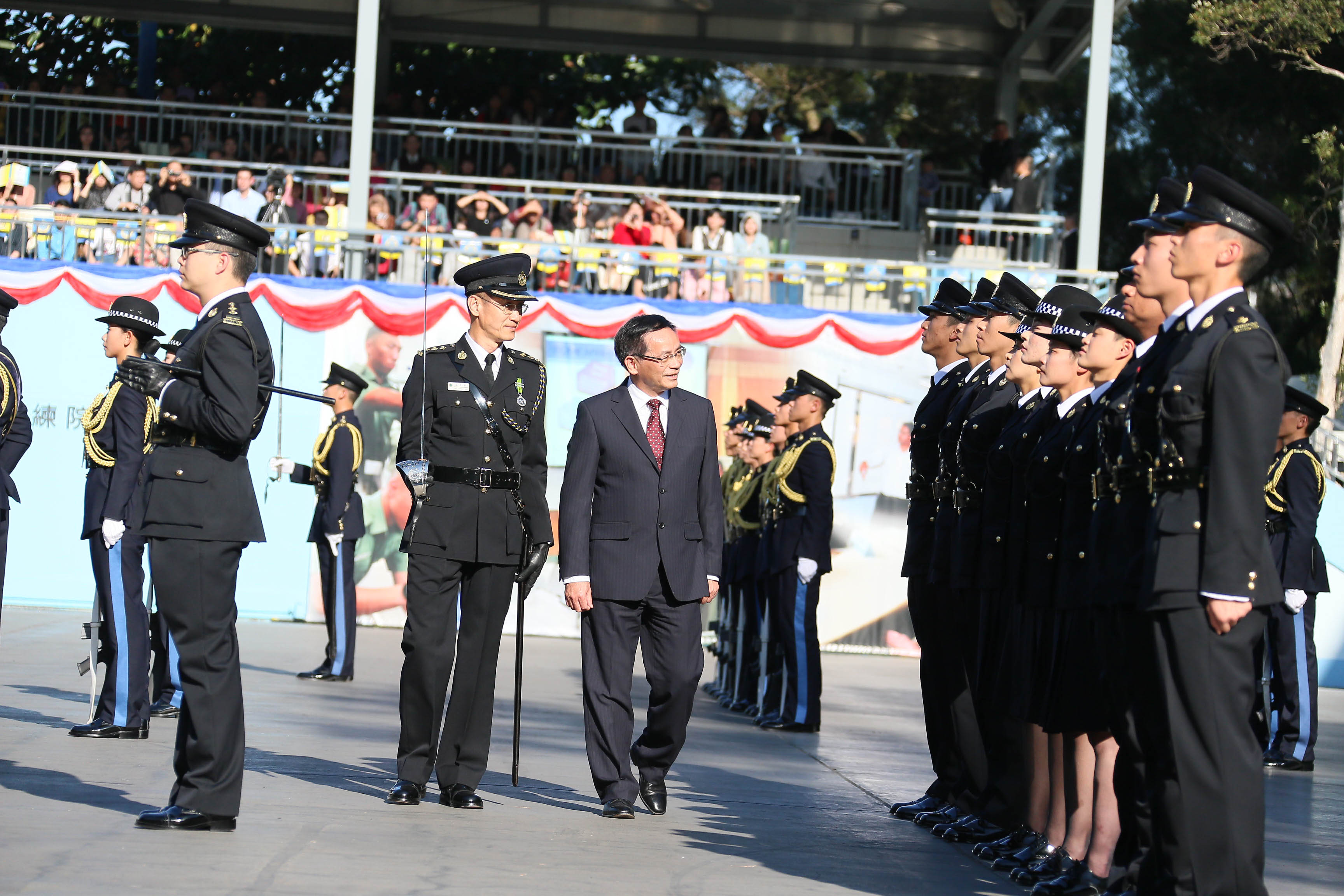 The Chairman of the Legislative Council Panel on Security, Mr Ip Kwok-him, inspects a contingent of correctional officers at the passing-out parade today (February 1). 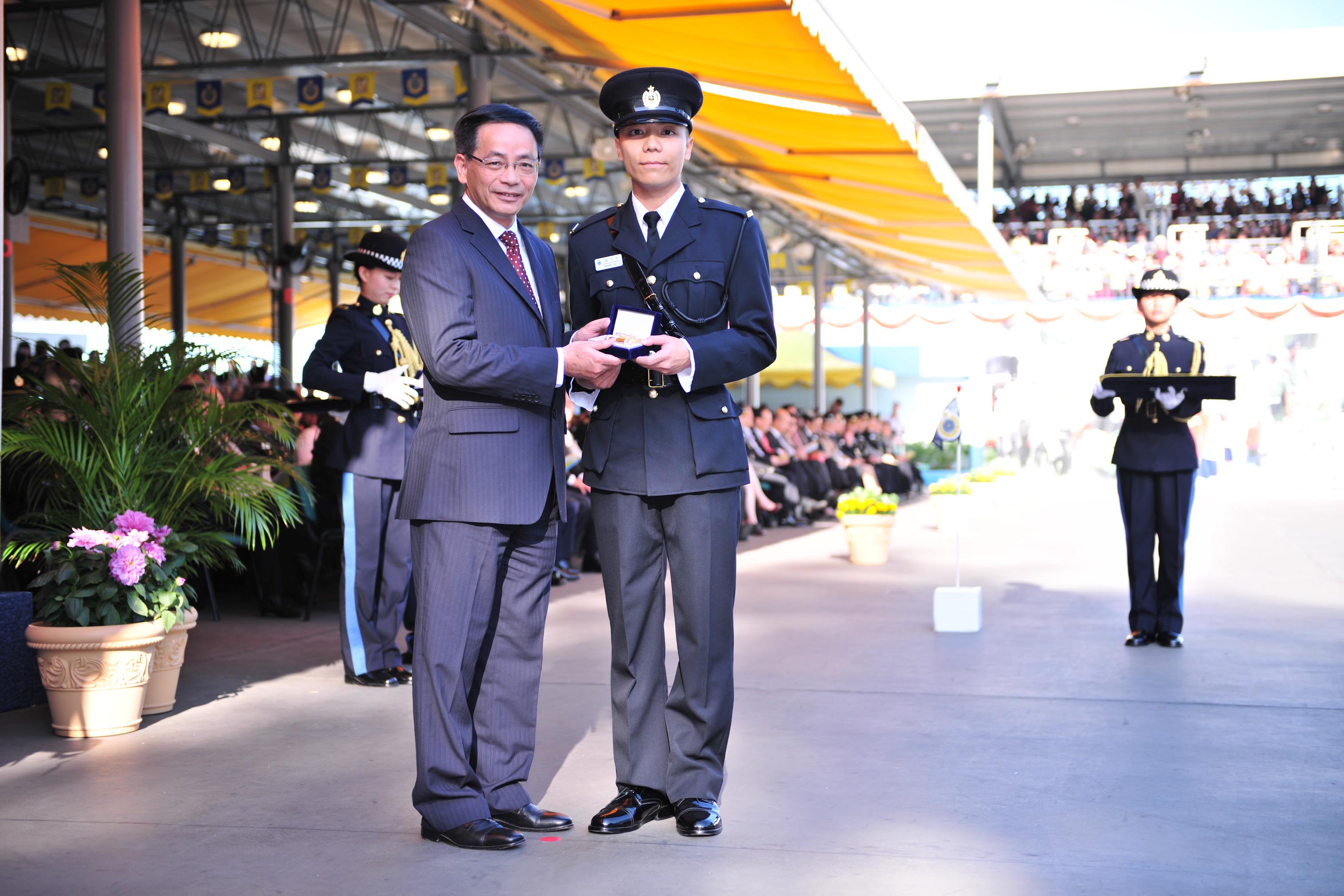