The Hong Kong Correctional Services Museum today (May 10) welcomed its 600,000th visitor since opening just over ten years ago. The visitor was Wong Man-pan, a student of Salesian English School.

When Man-pan and his school mates stepped into the museum, they were greeted with applause by museum staff. Assistant Commissioner (Human Resource) of Correctional Services, Mr Woo Ying-ming, presented Man-pan with a souvenir to congratulate him on being the 600,000th visitor to the museum.

The Museum has become a popular destination in Stanley for Hong Kong residents as well as visitors from overseas. Visitor rates have increased continuously in the past four years, rising from less than 27,000 in 2009 to more than 48,000 in 2012.

Situated next to the CSD Staff Training Institute on Tung Tau Wan Road in Stanley, the museum opened on November 1, 2002. It provides a chance for the public to understand the history of Hong Kong's correctional services and helps promote the Correctional Services Department's quality services in Hong Kong.

The museum's main building comprises ten galleries with a mock gallows and two mock cells, as well as a collection of some 600 exhibits, including historical documents and photographs depicting the 160-year history of the Hong Kong penal system. A mock guard tower on top of the premises highlights the theme of the museum. Its annex, with an introduction to the department's rehabilitative work, also displays products made by prisoners. The 200-square-metre platform in front of the museum commands a great view of beautiful Tai Tam Bay. 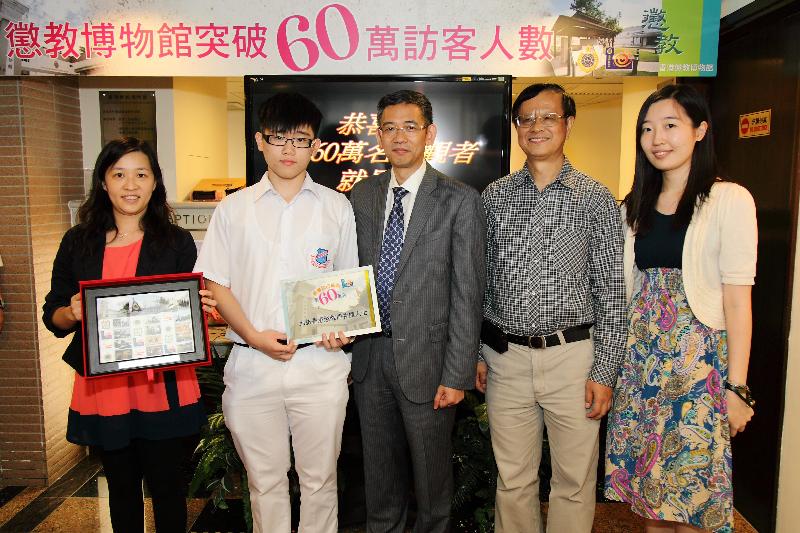 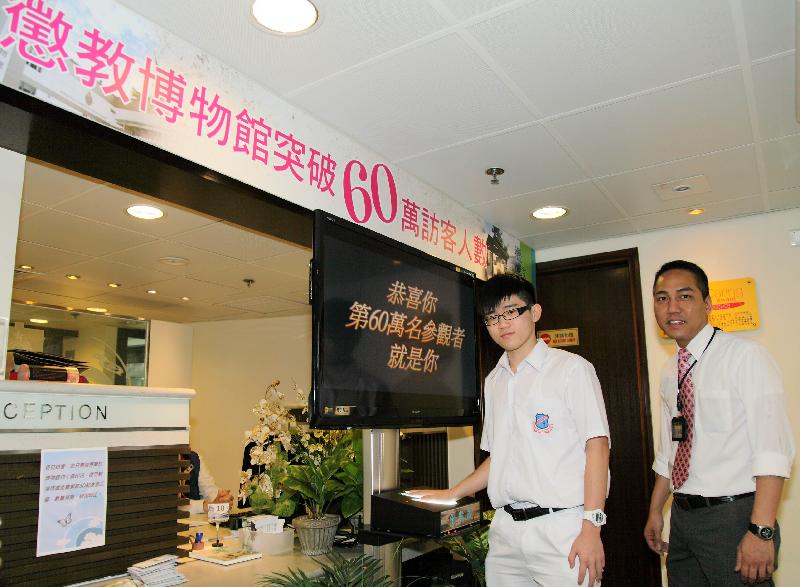 The 600,000th visitor, Wong Man-pan, is a student of Salesian English School. 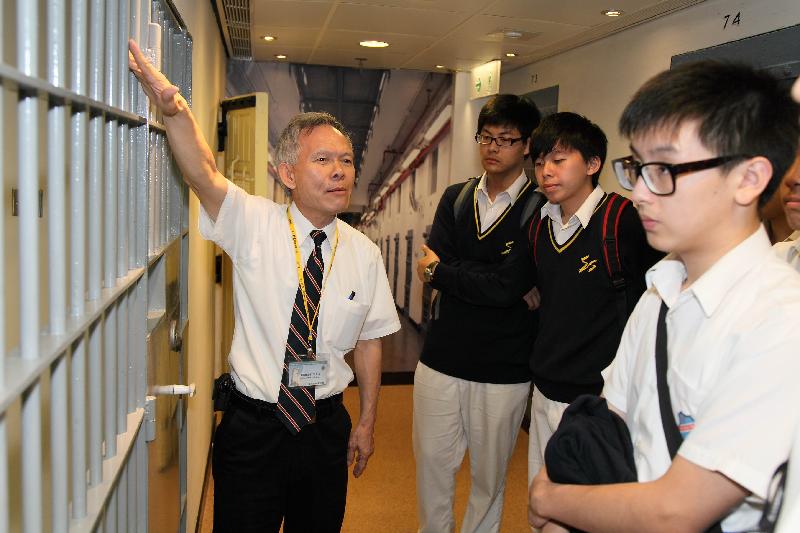 A tour guide of the museum introduces to visitors a mock cell at the museum.