The athlete representatives joined the young inmates in football matches, speed tests on cycling trainers, and catapulting water-filled balloons with "Roman Cannons" at the Sports Fun Day organised by CCCI of the Correctional Services Department. Besides joining the competitions, the athletes also participated in exchange sessions in which they shared their experiences in striving for good results. They also encouraged the inmates to follow the positive attitude of the sporting spirit when facing adversity on the road to a bright future.

Speaking at the sharing session, the Assistant Commissioner of Correctional Services (Rehabilitation), Mr Tang Ping-ming, said, "The HKEAA's participation in the event at CCCI not only brings an exciting weekend to the young inmates, but also gives great support on their paths to rehabilitation.

"Elite athletes are the top of the sports sector in Hong Kong. They are valuable assets and role models for the Hong Kong community. Each medal gained by an athlete has a touching story behind it. It reflects the many successful elements, like perseverance through tough training and a fighting spirit in facing failure, as well as strong determination. There's plenty of sweat and tears behind a glittering medal. In order to strive for the best and to succeed, athletes need strong willpower to devote themselves to arduous practice, which is equivalent to the very much needed determination and effort that young inmates need on the rehabilitation path."

Mr Tang called on inmates of CCCI to learn from the athletes by setting their targets and ambitions, and then working hard to achieve them.

The Chairman of the HKEAA, Ms Malina Ngai, said, "Athletes are people who have to face failure the most when compared with us, given that there is only one champion in a competition while others are supposedly the losers. Athletes learn from their failures repeatedly, and they all believe that they will be the champion some day as practice makes perfect."

She encouraged the young inmates to be positive and work hard to strive for their goals by following the sporting spirit in spite of their past failures. 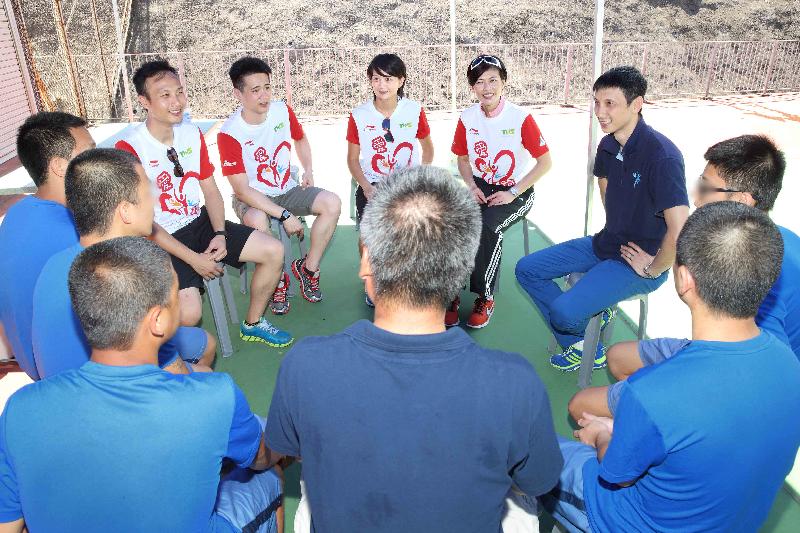 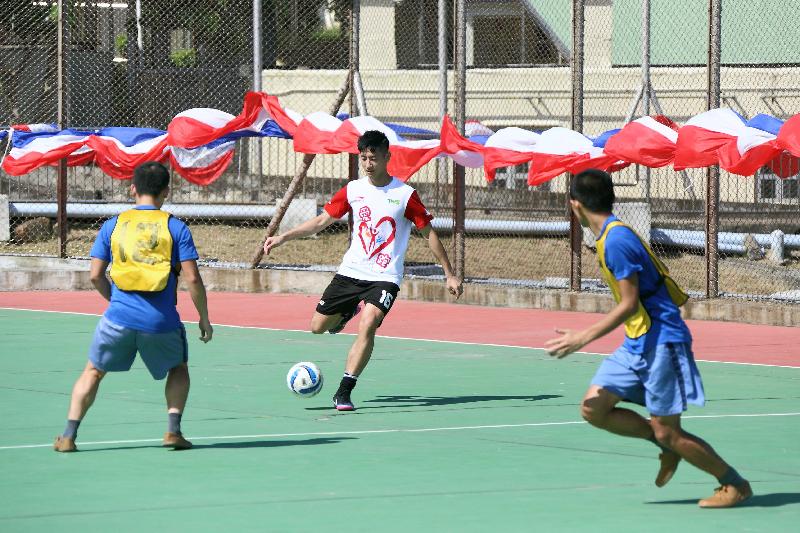