Subjects the inmates studied included the four core subjects of Chinese Language, English Language, Mathematics and Liberal Studies, as well as two electives of Economics and Tourism and Hospitality Studies.

Noting that employment would be one of the hurdles inmates would encounter after their release, Mr Tang said academic qualifications would enhance their chance to compete for jobs and further their studies.

"The CSD is committed to providing every opportunity for inmates to equip themselves academically and assisting them in attaining accredited qualifications. We also work closely with our partners in the community to offer them market-oriented vocational training in preparation for their smooth reintegration into the community," he said.

Mr Tang encouraged inmates to grasp the opportunities available in correctional institutions, which are no different from those provided in other schools, and to work hard to attain good results.

He also called on the public to give inmates and rehabilitated offenders equal opportunities and accept and support their reintegration into society.

The Department provides half-day compulsory education programmes and half-day vocational training for young offenders under the age of 21. Guidance and assistance are in place for adult offenders who participate in studies on a voluntary basis. 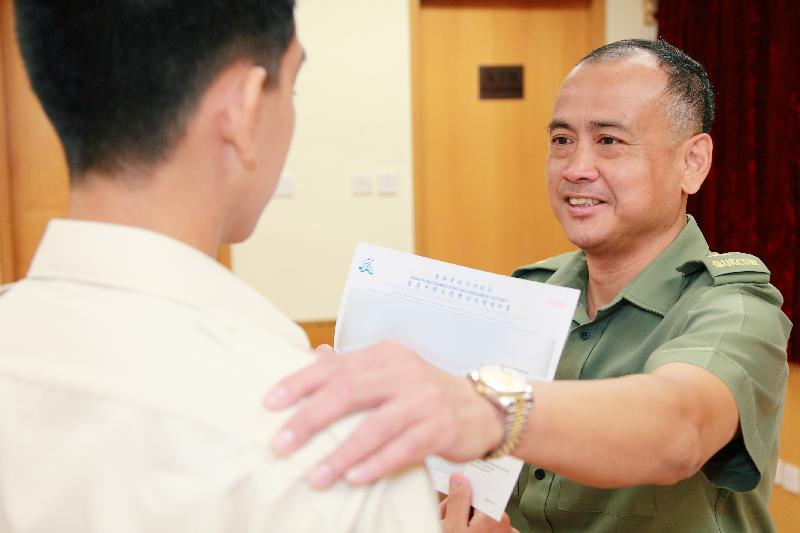 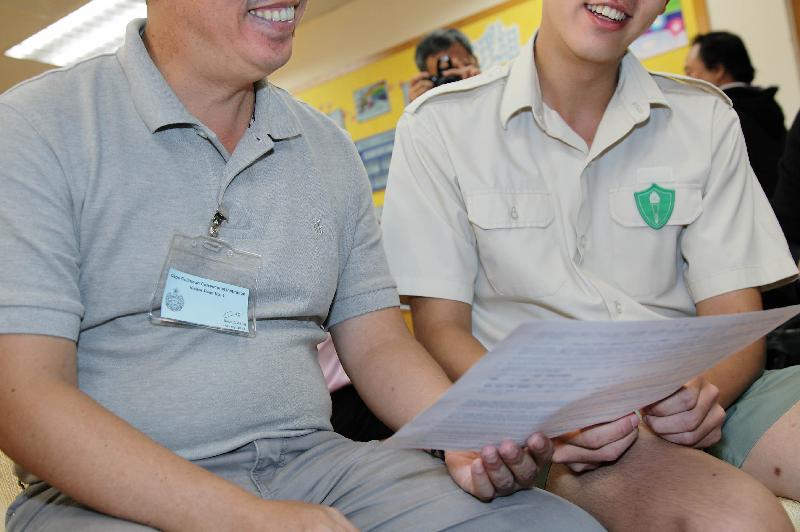 A young inmate shares his satisfactory results with his father.