LWCI commenced operation after redevelopment in July 2010. With a capacity of 1,400 penal places for female adult inmates, LWCI is currently the largest female correctional institution in Hong Kong.

Accompanied by the Commissioner of Correctional Services, Mr Sin Yat-kin, the Chief Executive toured various rehabilitative facilities tailored for female inmates, including a parent-child centre, the "Psy Gym", a vocational training room and a filter mask workshop, where he was briefed by duty officers on the special features and operation of the facilities.

The Chief Executive commended the CSD for its people-oriented approach in managing LWCI. For instance, the parent-child centre provides space for inmates to spend time and build closer ties with their young children, while psychologists are available at the "Psy Gym", a counselling centre, to help inmates cope with emotional problems.

The Chief Executive also visited the vocational training room, where inmates are taught subjects like retail services and product promotion to prepare them for their eventual reintegration into society. To provide a suitable working environment and jobs for female inmates, LWCI set up the filter mask workshop - the only one among all correctional facilities in Hong Kong. The workshop produces over one million masks every month for use by government departments.

The Chief Executive was pleased to learn that LWCI was the first correctional facility in Hong Kong to adopt environment-friendly features. In addition to rooftop solar photovoltaic panels for electricity generation, many plants have been introduced to increase the green area and reduce the interior temperature. An air-side system and vent shafts have also been installed in the dormitories to enhance ventilation.

To encourage inmates to reduce leftovers, LWCI launched the "Waste No Food" scheme in April this year, which achieved impressive results and was commended by the Chief Executive in his blog. Mr Leung took the opportunity to look at the scheme's operation and learnt that the food waste decomposing system in LWCI can transform a daily capacity of 100 kilograms of leftovers into compost for use by the institution.

During his meeting with CSD officers, the Chief Executive praised their strenuous efforts in managing the institution and providing guidance to inmates to get them back on the right track. He took pride in the professionalism of the CSD officers and encouraged them to keep pace with the times and continue to contribute to maintaining the rule of law and stability of the society. 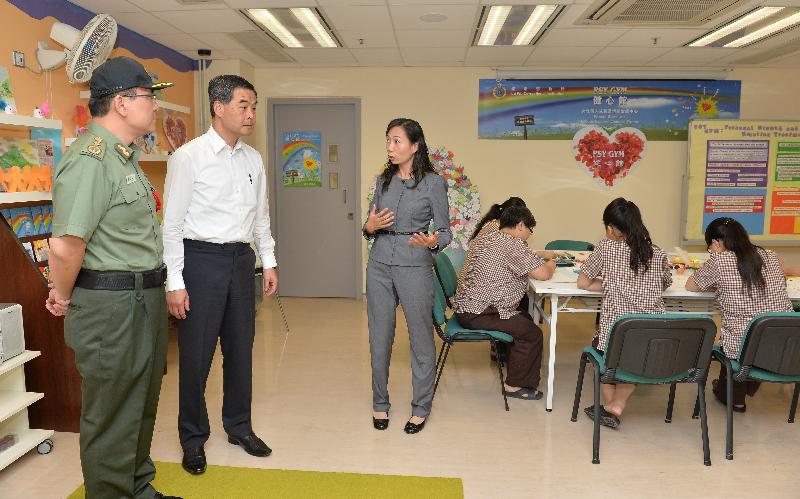 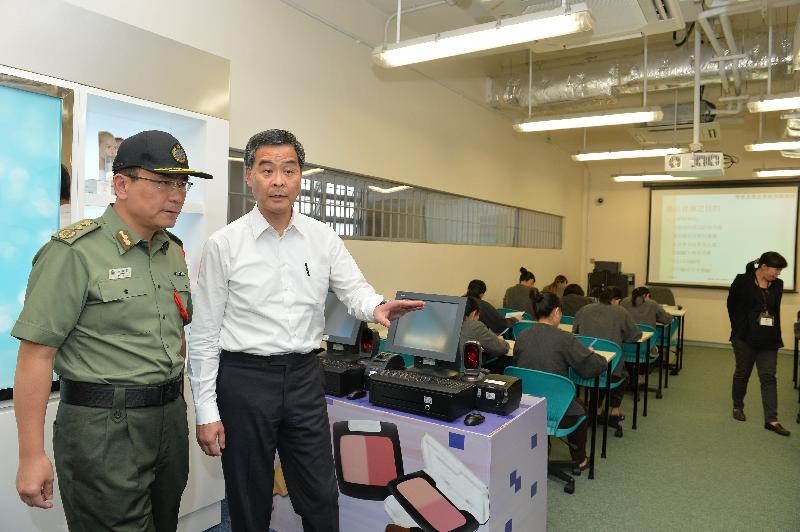 Officers of the Correctional Services Department brief Mr Leung (centre) on the setup and operation of the filter mask workshop. 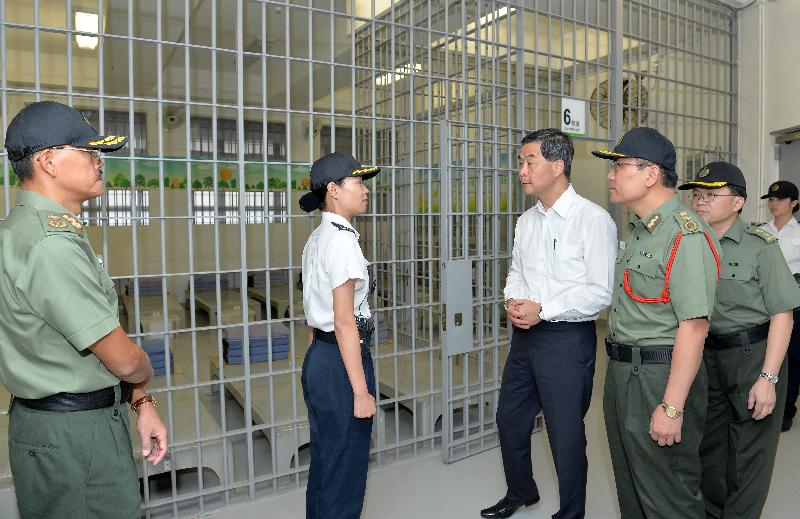 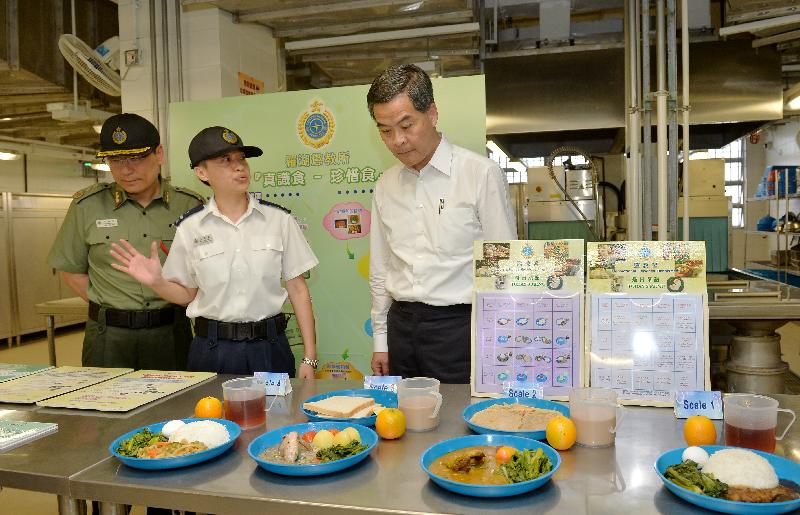 Mr Leung (right) tours the kitchen to learn more about the implementation of the "Waste No Food" scheme. 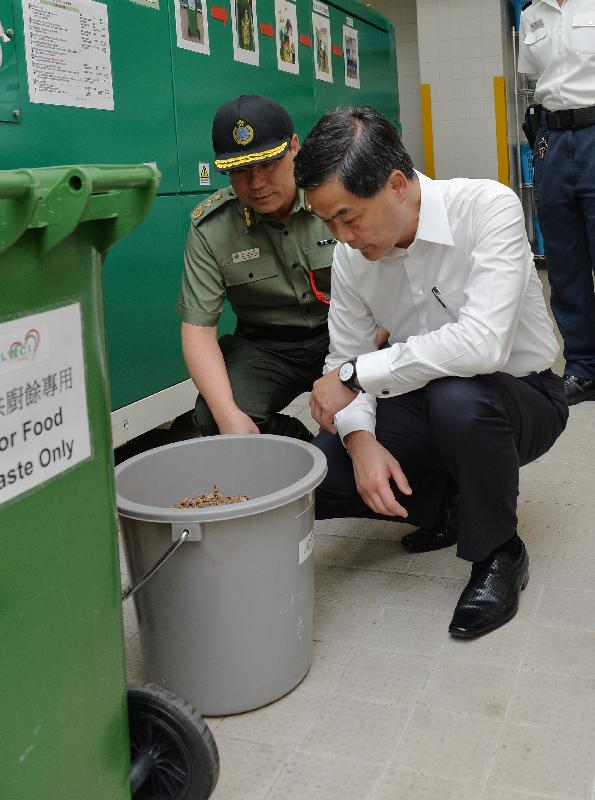